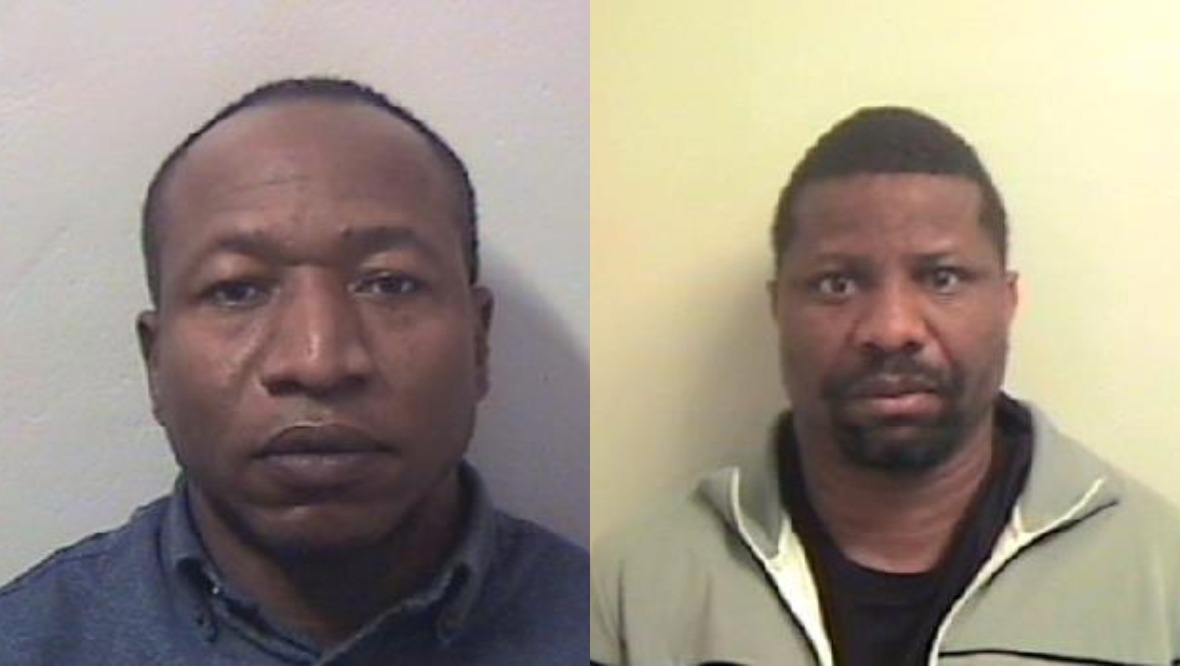 Two conmen who preyed on vulnerable women in an online dating scam have been jailed.

They posed as men apparently stranded while working in Syria for the World Health Organisation (WHO).

The women had turned to the dating sites looking for company.

One had described herself feeling “lonely” after her husband passed away.

Prosecutors said £35,000 was gained from the scam.

Ochouba, of Glasgow’s Gorbals, and Oladapo, of Govan, were sentenced at the city’s high court on Thursday.

The duo had earlier been convicted of being involved in the fraud as well as acquiring criminal property.

Ochouba – a former architect graduate – was locked up for 30 months while toilet attendant Oladapo was sentenced to three years.

Sheriff Paul Crozier said: “You along with others preyed on a number of women.

“They were vulnerable and were only seeking the comfort that a relationship could offer them.”

The fraudsters claimed they were stuck in Syria with no money.

Victims were tricked into sending cash to the “diplomats” to help bring them home.

They then asked for further payments claiming there were problems with the journey.

One victim told the court: “No one could change what I had with my husband but that’s why I went on the site as I didn’t want to lead a lonely life.

“I naively believed everything he said. There were emails, even a story, but he caught me at a very vulnerable state.”

Another woman, who sent £12,000 intended to send her son to university, added: “I felt stupid that someone got one over me this way and I get angry that someone could to this to me.”

Judith Hutchison, defending Oladapo, told the court he had been trying to get “into a better life”.