Community pays tribute to children who died after flat fire 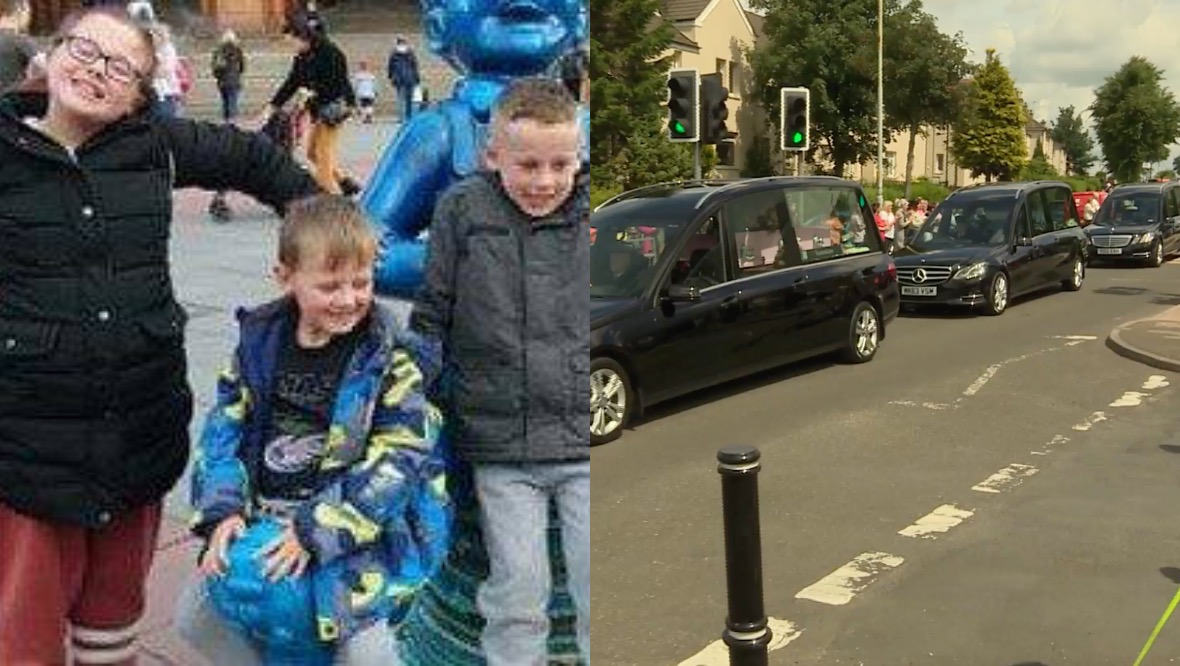 A community lined the streets to pay tribute to three children who died after a house fire.

Siblings Fiona, Alexander James and Philip Gibson – aged 12, eight and five – died after being admitted to hospital following a blaze within a flat in Renfrew Road, Paisley, on Friday, June 19.

The children’s 39-year-old mother, Julie Daley, was critically injured and left fighting for her life, but her condition was later described as non-life threatening.

On Thursday afternoon, the children’s funeral cortege drove through the Renfrewshire town.

The first of the three hearses carried a pink coffin while the other two carried blue ones.

The procession passed St Catherine’s Primary School, where the two boys attended, ahead of the siblings being laid to rest.

Those that wanted to pay their respects were urged to wear colourful clothing and clap softly as the cortege passed.

Flowers and other tributes have previously been left at the scene of the fire, which police are not treating as suspicious.

Emma Henry, Alexander James and Philip’s headteacher, said the boys loved the outdoors and “never ceased to make us smile”.

Following the fire the children’s father, Alex Gibson, wrote on Facebook: “May you rest in peace little angels.”

He later added: “How I miss them already. Now I know what it feels like when your world comes crashing down.”