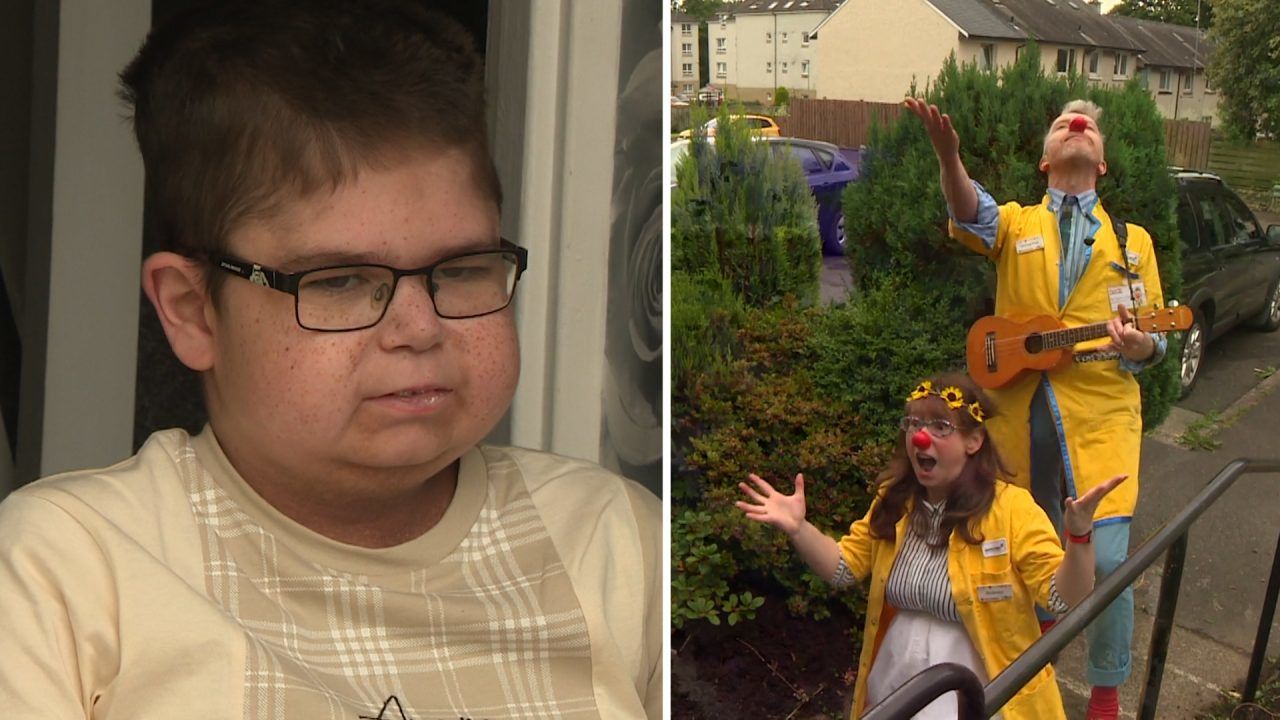 A boy who suffers from a rare condition that leaves him unable to eat has been visited by his favourite clown doctors for the first time since the pandemic began.

Dr Cous Cous and Dr Groovy surprised Mackenzie Cameron by performing on his doorstep in Cardross near Dumbarton on Thursday morning.

The 12-year-old has Autoimmune Enteropathy – the same rare condition that claimed his sister Caitlin’s life in 2007.

The year 2020 has proved especially difficult for Mackenzie who was struck down with Covid twice during lockdown.

The schoolboy managed to fight off the virus, however both times landed him in hospital in the Paediatric Intensive Care Unit.

Eilidh Grant – an activities coordinator at Robin House, part of Children’s Hospices Across Scotland (CHAS) – told STV News: “Things were very scary and frightening for Mackenzie and his family but being the little superhero he is, he bounced back and eventually got home.”

CHAS partnered up with charity Hearts & Minds who deliver the Clowndoctor programme which which focuses on improvisation, music and rhyme, song, dance, magic, puppetry, games and storytelling.

Before the pandemic Mackenzie always looked forward to his weekly visits from his favourite duo but meetings were abruptly moved online due to the rise of the pandemic.

But Dr Cous Cous and Dr Groovy surprised their patients in-person on Thursday by chapping their doors and giving them a tune.

Ms Grant said: “It was just brilliant to see the smiles on the faces of the children, especially because some of them have been shielding for a long time.

“They really engage with the clowndoctors and value the time that they spend with them so it makes a real difference for these children to see them in the flesh and better that, at their own home.

“They didn’t want to say goodbye!”

He added: “I really like the clown doctors because they normally make me laugh.”