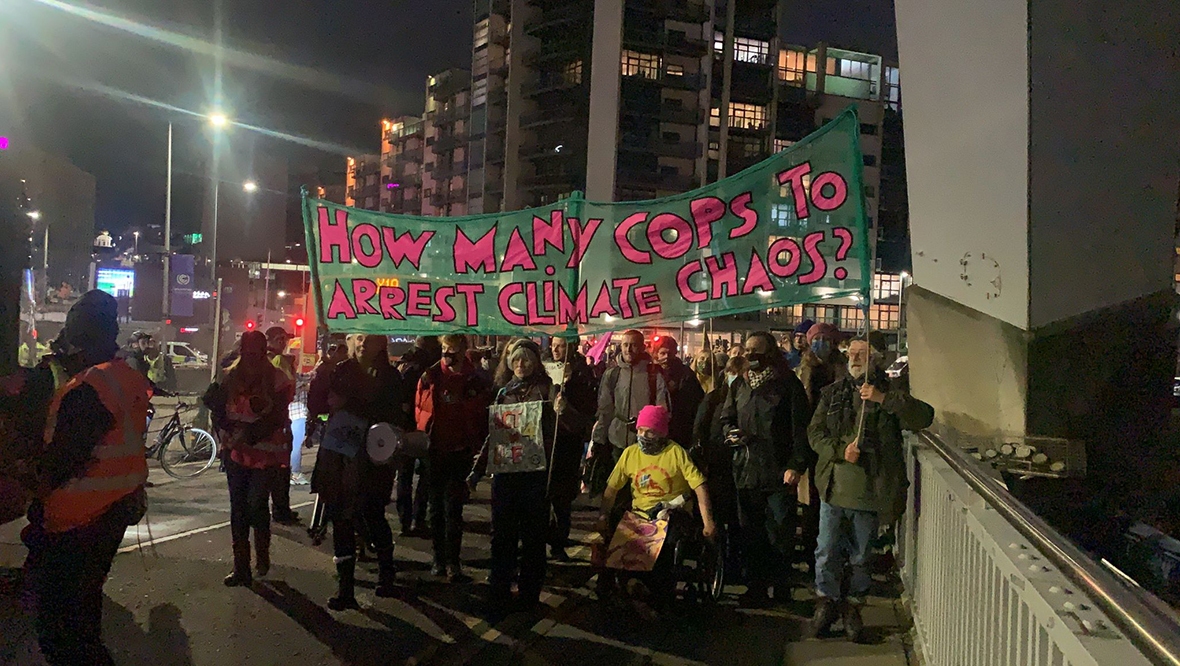 Extinction Rebellion protesters have crossed the ‘Squinty Bridge’ near the COP26 conference venue as world leaders prepare to depart Glasgow.

The activists – carrying banners and banging drums – were escorted across the River Clyde by police on Tuesday evening.

Around a hundred protesters gathered in the area and were temporarily prevented from crossing the Clyde Arc bridge before being escorted on by dozens of police – where some staged a sit-down.

One Extinction Rebellion campaigner, Luca Trivellone, 27, from Italy, said: “We all know Cop26 has already failed before it even started.

“We are expecting emissions to rise instead of net zero by 2030. We are never going to get there.”

UK Prime Minister Boris Johnson said on Tuesday he is “cautiously optimistic” about the prospects for a deal to curb global warming.

On the second day of the COP26 summit, Johnson welcomed a series of announcements by the assembled leaders on deforestation and emissions.

But he stressed there was still a long way to go if they were to get an agreement that would keep alive the prospect set out in the Paris Agreement of restricting world temperature rises to 1.5C.

Meanwhile, the Erskine Bridge was closed for the second time in two days in order to allow a vessel to pass underneath.

The crossing also shut at 2.30pm on Monday as Greenpeace’s Rainbow Warrior ship travelled up the River Clyde to drop young climate activists near COP26.