The GMB trade union has welcomed the teenage activist's support for striking workers. 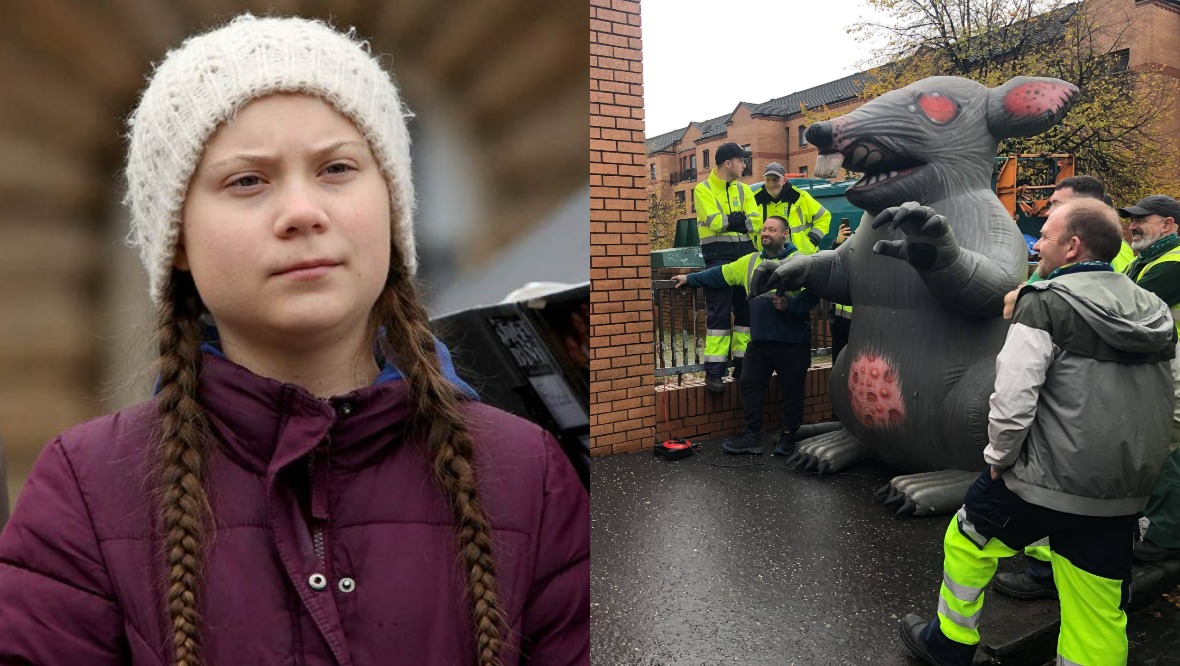 Cleansing workers who are due to strike in Glasgow next month have welcomed support from Greta Thunberg and hailed the teenage activist’s words as “inspirational”.

The 18-year-old Swede revealed on Monday that she would be joining a protest march through the city on November 5 and called on the striking workers to “join us”.

Trade union GMB, which represents the council workers, have returned the message and said climate justice and social justice is “when no one is left behind”.

Speaking to STV News, GMB’s Chris Mitchell said: “I thought it was absolutely fantastic, so much so we have sent a message back this morning in solidarity and camaraderie.

“Her words where fantastic. A climate justice and social justice is when no one is left behind and to invite us to the rally at George Square, I think is absolutely inspirational.

“Not just that but to march down to George Square in camaraderie and solidarity, and you know what, we all stand together as one.”

Thunberg will speak at the rally that will go from Kelvingrove Park to George Square as world leaders gather in the city for COP26.

And Mr Mitchell says he has been inspired by the last four weeks, as he helped launch a giant inflatable rat in protests against Glasgow City Council.

He said: “At the end of the day everyone has a right to make a stance.

“I think with Greta she perceives that and we do the exact same thing. We like to stick up for our members and I think what has been happening over the past four weeks has been absolutely inspirational.

“We have been touring depots, gathering support and gathering momentum, and I have never seen so much people stand shoulder to shoulder. And if you look at it, climate change, climate emergency, we deal with recycling in the city, we want a cleaner and sustainable future for the city and cleansing is part of that.

“Cleansing workers have been the fabric of society for years and I think during Covid it just showed the importance of the role that these workers play.”