A fire started at the Claremont Bowling Club in Milngavie before 7.14am on Friday. 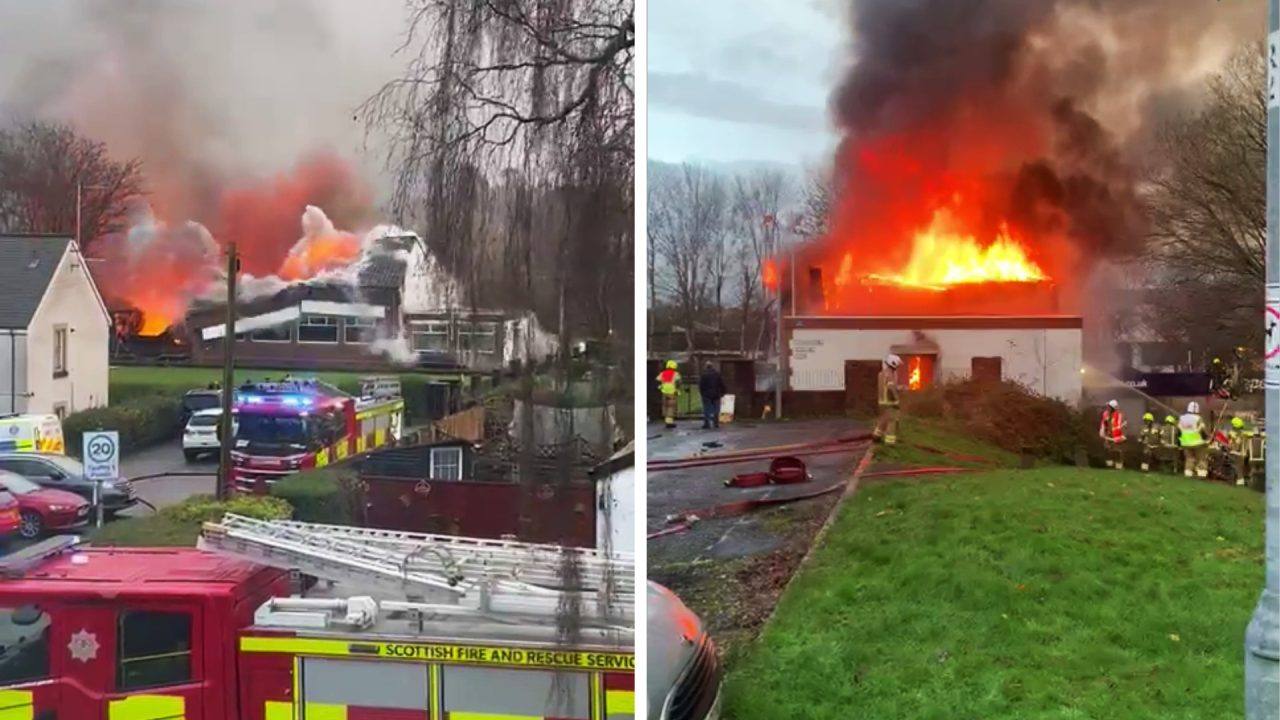 A bowling club has been engulfed in flames as firefighters continue to battle the blaze.

A fire started at the Claremont Bowling Club in Milngavie before 7am on Friday.

Emergency services urged locals to make sure their doors and windows are shut due to smoke in the atmosphere – especially east of the sporting green.

The Scottish Fire and Rescue Service dispatched six engines to the scene on Claremont Gardens.

There have been no reported casualties, a spokesperson confirmed at 9.30am.

Police said an investigation would be launched into how the fire started.

A Police Scotland spokesperson said: “Around 7am on Friday, November 25, 2022, police were called to the Claremont Drive area of Milngavie, following a report of a fire at the local bowling club.

“Emergency services remain in the area and enquiries to establish the cause of the fire will be carried out. There have been no injuries reported.

“At this time, local residents are asked to ensure all windows and doors remain shut, due to smoke in the atmosphere, particularly in the direction of Ellangown Road.”

A Scottish Fire and Rescue Service spokesperson said: “We were alerted at 7.14am on Friday, November 25, to reports of a building fire in Claremont Gardens, Milngavie.