Along its 1.1km length, a store lays empty every 25m on Glasgow's Sauchiehall Street. 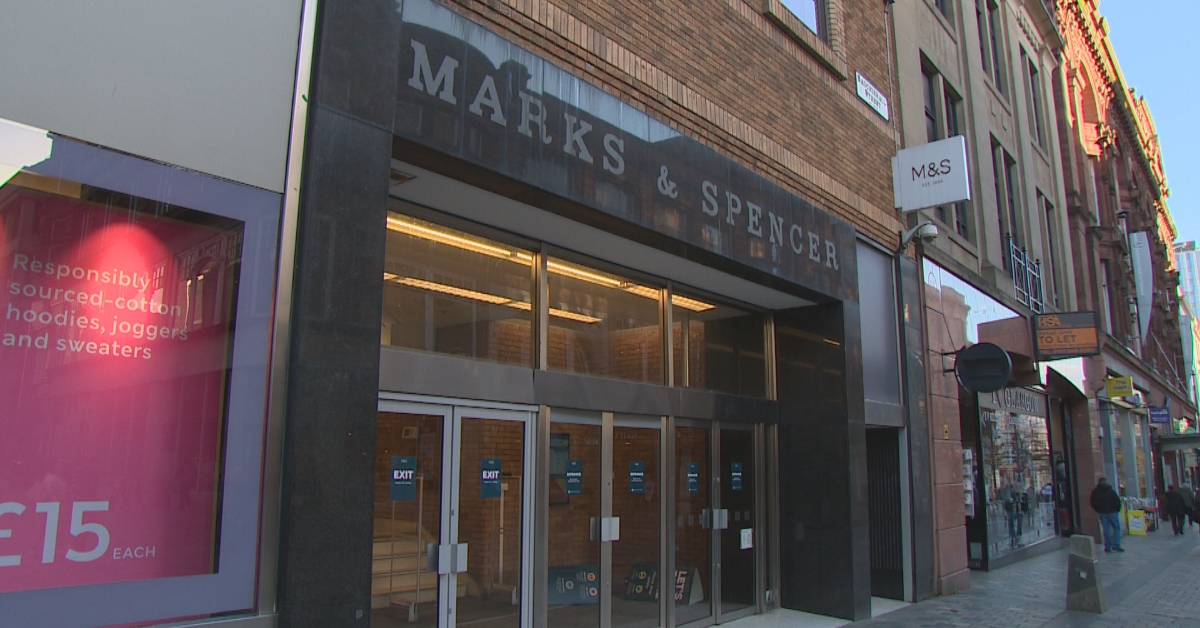 It was once one of Glasgow’s most popular shopping destinations but with so many empty units people have fewer reasons to visit Sauchiehall Street.

A date for the closure of Sauchiehall Street’s Marks and Spencer store has been set and with it, many see the end for shopping in the city centre.

On average along its 1.1km length, a store lays empty every 25m.

“I think the guts have gone out of it, to be honest,” one shopper told STV News, “The heart’s gone.”

“I hate to see town centres going downhill the way Glasgow is and I think part of the problem is that people don’t care for it anymore,” another said.

“You see litter everywhere and I just think closing a store like this, it just marks such an end to shopping in town centres.”

Another said: “I’m shocked at the number of empty places. [It’s] very sad.

“Marks and Spencer going will really change it.”

Jamie O’Neill used to own a successful mobile phone shop in a prime location on the street but high rents coupled with fewer shoppers mean he has been forced to move his business to Govan.

“I think we’ve been struggling for two years now,” he said.

“We had always hoped [it] would return back to normal, but in those two years, we’ve seen such massive differences in Sauchiehall Street. A lot of the big names, when they left, it was just becoming hopeless for us.

“We had a lot of feeder businesses, so a lot of people would come here for places like Marks and Spencers, Vodafone, Virgin, EE, all of them disappeared and now the street is just slowly, slowly declining.

“We ultimately had no other option but to leave.”