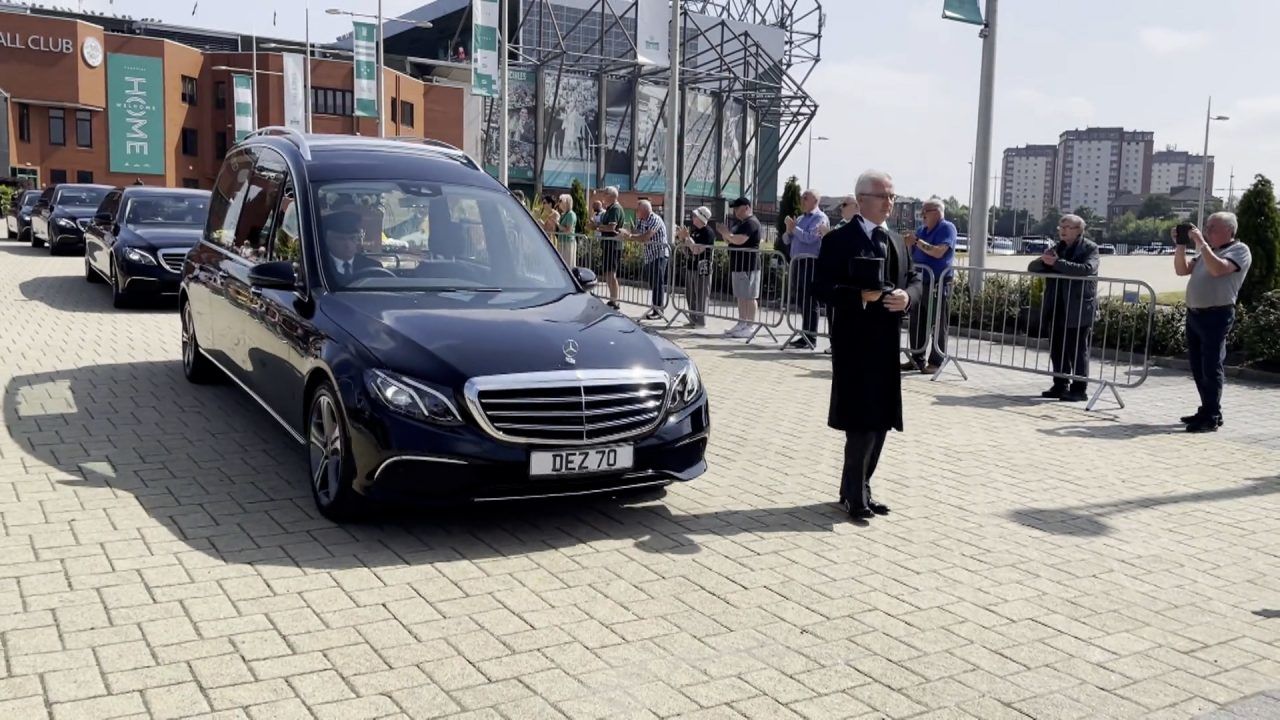 The funeral of Celtic legend Charlie Gallagher has taken place in Glasgow.

The 80-year-old, who died earlier this month, played for the Hoops for more than a decade and was a key-member of the club’s famous Lisbon Lions squad who won the European Cup in 1967.

A requiem mass was held at St Dominic’s Catholic Church in Bishopbriggs, at 10am on Wednesday.

His funeral cortege passed by Celtic Park and down the Celtic Way around an hour later to allow supporters a chance to pay their respects to Gallagher who made 172 appearances for the club between 1958 and 1970.

Fans and players applauded the legend as the hearse left the stadium grounds.

The midfielder scored 32 goals for his boyhood club, but he is most fondly remembered for two setting up two of the most important goals in their history.

He crossed the ball for Billy McNeill’s winning goal in the 1965 Scottish Cup final, that is said to have been the catalyst for a decade of success at home and abroad under Jock Stein, and two years later the same duo combined for a last minute winner against Vojvodina in the quarter-final of the European Cup.

He also earned two caps for Ireland, becoming the first Scottish-born player to do so in 1967, and after leaving Celtic played for Dumbarton for the rest of his career.

The current Celtic squad wore black armbands in tribute to Gallagher before their friendly with Bristol Rovers.