CCTV showed a man pouring accelerant over vehicles outside the South Lanarkshire home. 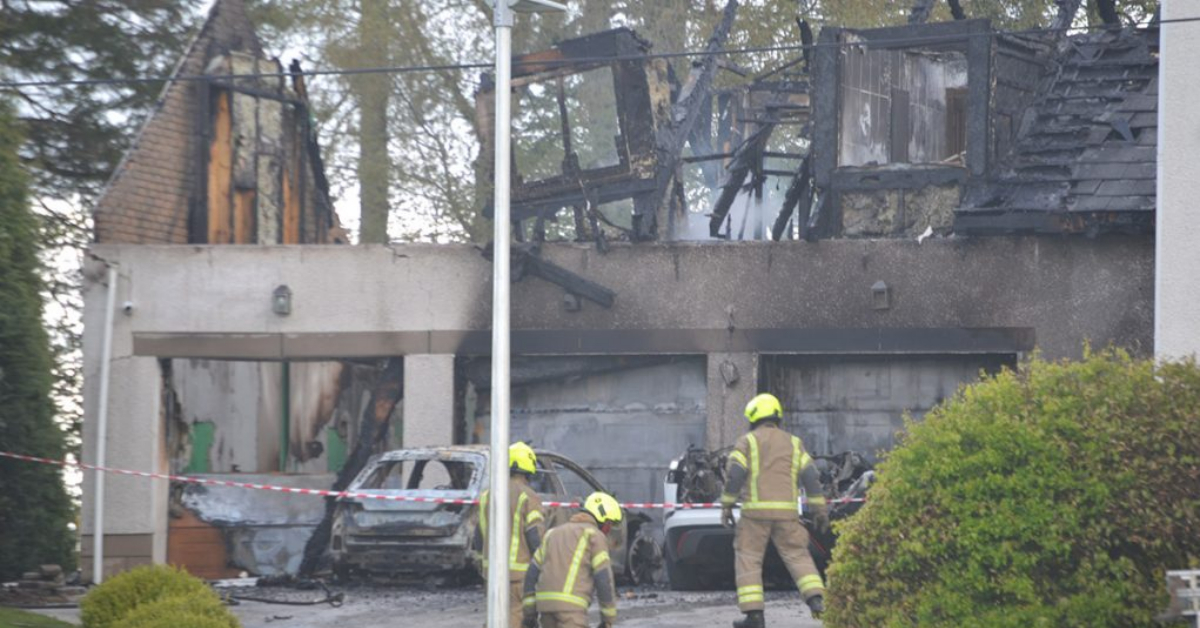 Vehicles at Celtic chief Peter Lawwell’s home were doused in fuel before being set alight in the early hours of Wednesday morning.

The fire consumed three vehicles at the house the village of Thorntonhall, causing significant damage to the garage above which it is understood Lawwell’s daughter and four-month-old granddaughter were sleeping.

Celtic Football Club said Lawwell and his family had been left “extremely shaken” but are all safe and uninjured after the South Lanarkshire blast.

Detectives are treating the fire as deliberate after CCTV showed a man pouring accelerant onto the vehicles parked in the drive-way of the home.

Police have released a description of the suspect. He is thought to be a male of slim build around 5ft 10in tall. At the time of the incident he is described as wearing black joggers, black hooded jumper, black trainers and a face mask.

A silver or grey hatchback car was also seen near to the house at the time of the fire.

Eight fire engines were sent to the village when the alarm was raised around 1am on Wednesday.

Detective inspector Susie Cairns said: “This was a completely reckless act which destroyed three cars and caused significant damage to the property’s garage.

“The consequences could have been so much worse but thankfully nobody was injured during this incident.

“I am appealing to anyone who was in the area at the time that saw a man or car matching this description or saw any unusual activity to please come forward.

“If you have personal CCTV or a dashcam, please check back and see if there is any footage that could assist our investigation. No matter how small or insignificant you think it may be, please get in touch.”

Anyone with information has been asked to contact police on 101, quoting reference number 0134 of May 19. Alternatively, if you wish to remain anonymous, you can contact the independent charity Crimestoppers on 0800 555 111.