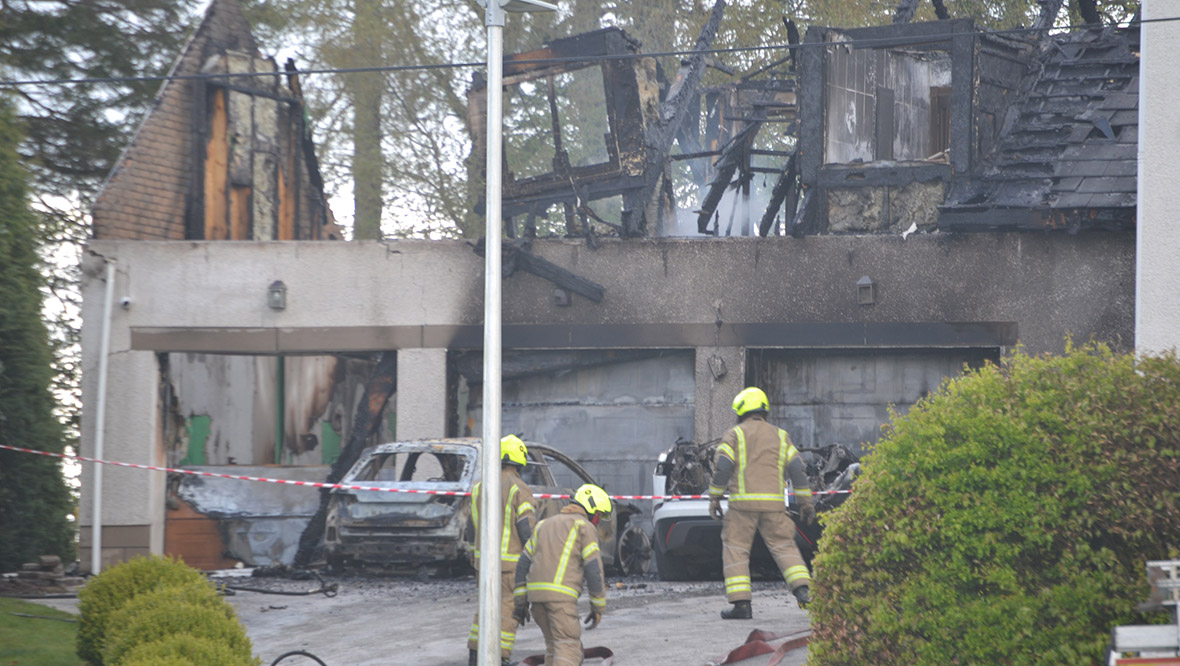 Significant damage has been caused to the home of Celtic chief executive Peter Lawwell’s following an explosion and fire at his property in South Lanarkshire.

Celtic said Lawwell and his family had been left “extremely shaken” but are all safe after the blaze in Thorntonhall.

Police Scotland is working with the Scottish Fire and Rescue Service to establish the cause of the fire at the luxury property.

A spokesperson for Celtic said: “We can confirm that significant damage has been caused to Peter Lawwell’s house and vehicles there, following an explosion and fire early this morning, forcing the family to leave the property.”

“Clearly, Peter’s family are extremely shaken and shocked by these terrible events, but thankfully all are safe” “We understand that Police Scotland are currently undertaking a criminal investigation.”

“Peter and his family will of course receive the full support and care of everyone at the club.”

Eight fire engines were sent to the village, when the alarm was raised just after 1am on Wednesday.

The Scottish Fire and Rescue Service said there were no reports of any casualties.

Firefighters extinguished the blaze but some remained at the scene at 7am.

A Police Scotland spokesman said: “Around 1am on Wednesday, officers were called to a report of vehicles on fire outside a house in Thorntonhall.

“No one was injured and officers are currently working with the Scottish Fire and Rescue Service to establish the cause of the fire.”