Alice Hall was scared she would never see her daughter again after she was unable to have visitors for nine months due to the pandemic. 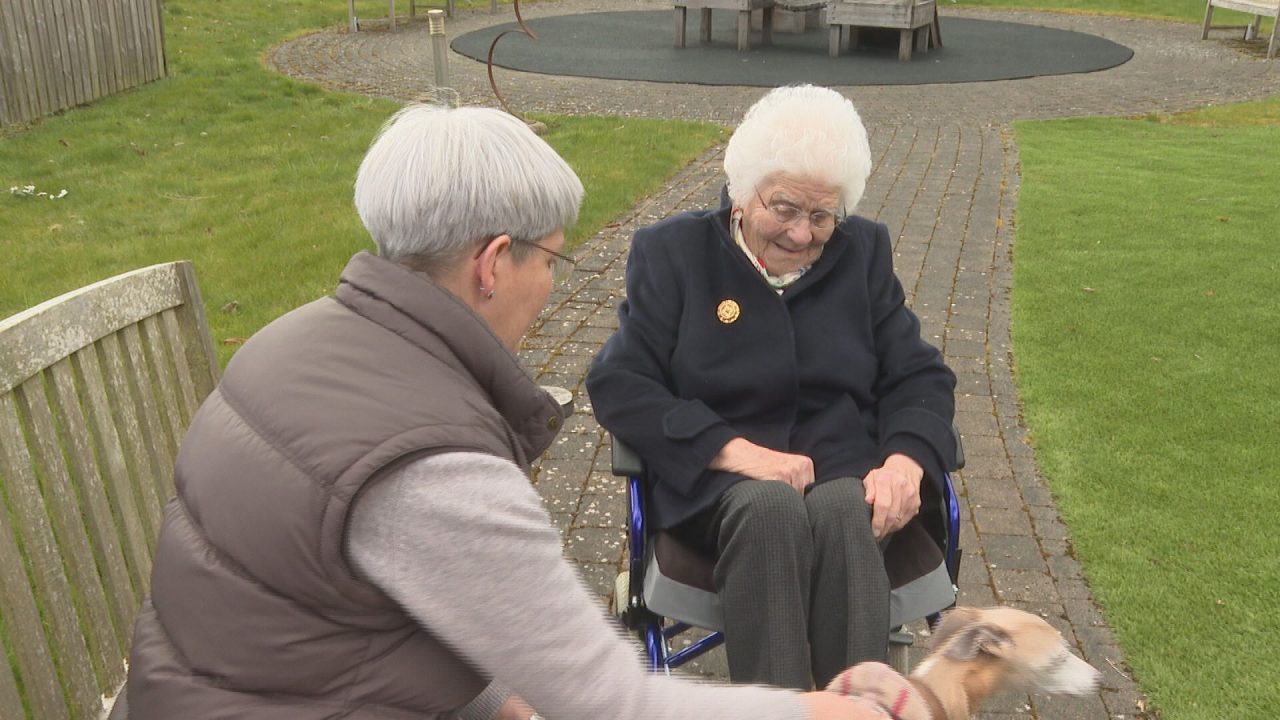 An elderly care home patient who was scared she would never see her daughter again has praised a new rule that is set to make visiting a legal right.

Alice Hall said she struggled during the pandemic as she was unable to see loved ones in nearly a year.

The 97-year-old said she felt cut off while living at a care home, near Glasgow, and has had to isolate alone in her room on numerous occasions due to Covid outbreaks and hospital visits.

However, under new standards, announced on Thursday, Alice now has the right to see visitors, even during a coronavirus outbreak.

She told STV News: “I really felt I would never see Sheila [her daughter] again.

“I mean, it sounds a bit stupid, but you felt cut off from all your family – and you just had to accept it.

“There was nothing you could do.

“It’s wonderful that we can see each other now. Any time.”

The latest move will see Anne’s Law put into practical effect whilst legislation is being prepared.

Alice’s daughter, Sheila, is part of a relatives group campaigning for the legislation – named after Anne Duke – who died in her care home last year after long periods of separation from her family.

She told STV News: “In September 2020, our group went to Holyrood and our banners read ‘please grant us essential carer status’ and after 18 months and a lot of meetings and a lot of committees, this is what’s been adopted within the new standards.

“We are now regarded as part of the care team for our loved ones in care and that’s such an important thing.

“I think it’s a huge stepping stone to getting to Anne’s Law.”

A public consultation previously found overwhelming backing for the law to be introduced.

The Scottish Government announced that the changes to health and social care standards will allow the proposals to come into effect.

It means that care home residents will be able to name a person or persons who can directly participate in meeting their care needs.

The standards should be reflected by care homes in their policies, the Government has said, whilst the Care Inspectorate will consider whether they are being met when registering, inspecting and supporting homes.