‘We want more women to join us in the fire service’

Women fighting flames in Kintyre want to inspire others to join the Scottish Fire and Rescue Service. 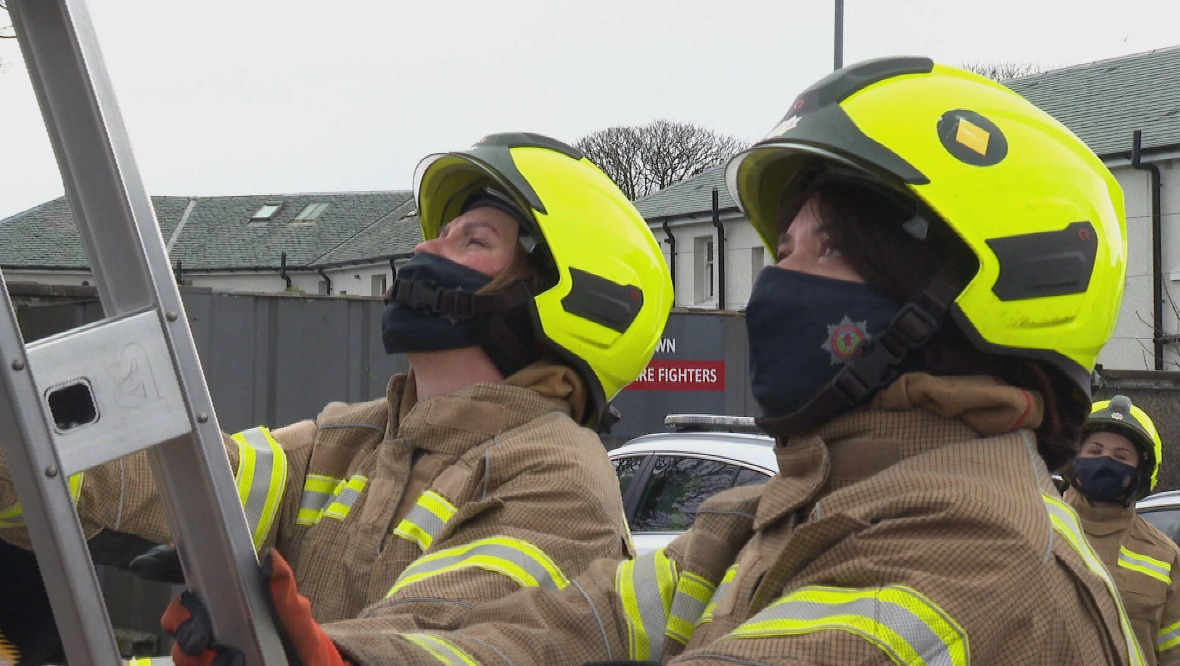 Only seven per cent of Scotland’s firefighters are women, but that trend is being bucked in Campbeltown, where five of the 18 retained crew members are female.

Among them is Ashleigh Conner, who is believed to be the youngest woman in Scotland driving fire engines.

Despite also holding down a separate full-time job, the 23-year-old joined up because she wanted to “put something back into the community” – and hopes to inspire other women to join her.

She said: “I do get funny looks sometimes as if ‘oh, it’s a woman driving that’.

“In 2019, as I had my HGV licence through work, I was asked if I would like to go ahead and sit my blue-light training to help out with a shortage of drivers. I agreed and sat it in June 2019 over a week in Glasgow.

“Being used to driving country roads, there was an adrenaline rush getting to drive under blue-light conditions in and around the city.”

Also fighting fires on the side in Kintyre is 23-year-old full-time project manager Rachel McPhail, who has been a crew member for four years.

She said: “The job itself is very practical and physically demanding. It’s a massive commitment but worth every minute.

“I could not imagine my life without a pager. I love giving back to my community and helping people.”

The Scottish Fire and Rescue Service is now providing more resources to encourage women to join the service.

Gregg McKearney, group commander for the Scottish Fire and Rescue Service, said: “We are very keen to try and encourage more women to join in our operational roles.

“We have already and a number of positive action events. That’s an opportunity for women to dial in and find out more about the service and how it might suit them.

“I think traditionally the role of the firefighter has been seen as a male-orientated role. You see the images of the big muscly firefighter going up the ladder and rescuing the damsel in distress, but there’s a lot more to the role than just attending operational instances.

“We do a lot of work supporting partner agencies and youth groups.”