Badreddin Abadlla Adam was shot dead by police after his knife attack at the Park Inn Hotel last June. 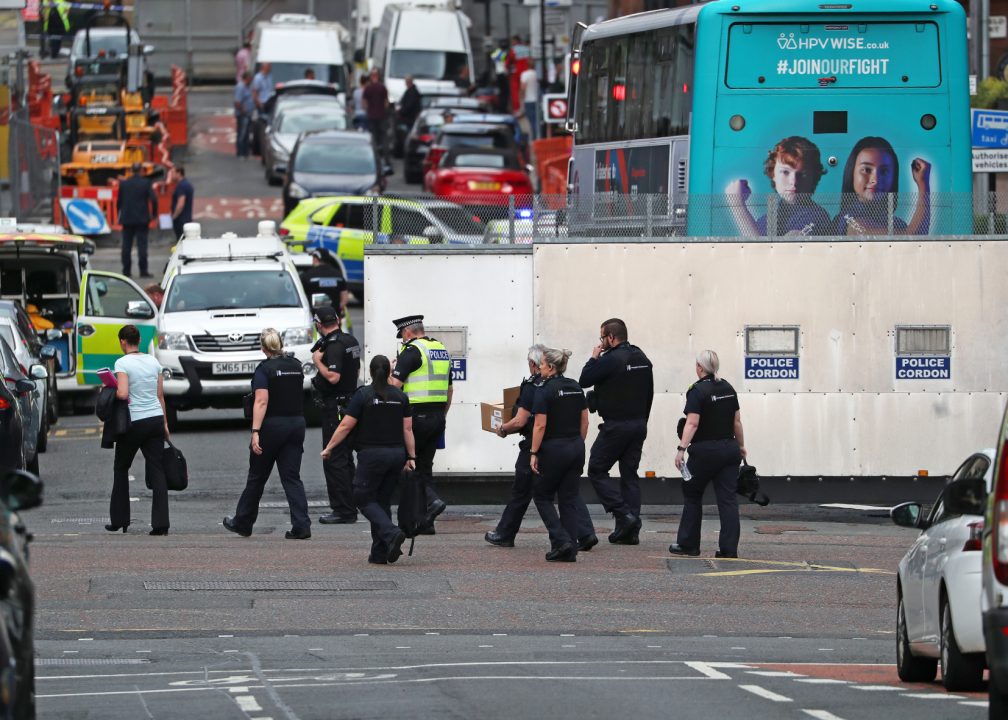 Campaigners are gathering together one year after a stabbing rampage they say occurred “as a direct result of the dysfunctional UK asylum support and accommodation system”.

Badreddin Abadlla Adam, 28, from Sudan, was shot dead by police after his knife attack at the Park Inn Hotel in Glasgow last June, which injured six people including 42-year-old police constable David Whyte.

The hotel was being used to house asylum seekers at the time, which has been sharply criticised by campaign groups who compared the situation to a “humanitarian crisis”.

Glasgow group Refugees For Justice called on people to gather in the city’s George Square on Saturday afternoon to “remember our friends and what happened to all of us last year”.

It said on Twitter: “One year ago, our beautiful city Glasgow was wounded as a direct result of the dysfunctional UK asylum support and accommodation system.

“Join us in remembering our fellow Glaswegians, including people seeking asylum who were affected.”

It urged people to bring “flowers, candles and poems”.

Lawyer and the rector of the University of Edinburgh, Debora Kayembe, added on Twitter: “We remember the victims and call the UK government to improve the living conditions of Asylum seekers”.

Max Aubin, 21, from the Ivory Coast, said he was the first person to be attacked and was slashed twice.

He told STV News he rarely ventures outside 12 months on from the worst day in his life.

“Mentally it is difficult to forget as the flashbacks are still coming and coming.

“I don’t like to go outside in case someone will hurt me, so I spend all my days in my house, far from the city and from people.”

A 19-year-old identified only as Mo told STV he was stabbed in the back as he went for lunch, and still needs treatment for a liver problem after spending ten days in hospital.

He said: “I tried to turn and he stabbed me again. He was holding two knives and stabbing at my back and stomach. I was shouting and shouting. The place where I tried to run to was blocked.”

Migrant charity Positive Action in Housing has previously raised concerns over conditions for refugees and asylum seekers in the city.

Robina Qureshi, the charity’s director, last year said living conditions in hotels did not meet the needs of vulnerable refugees and amounted to a “humanitarian crisis”.

Earlier this month, the BBC reported there were 200 asylum seekers living in hotels across Glasgow.

Glasgow City Council leader Susan Aitken said a ban on accepting new asylum seekers would continue while the asylum-housing scheme was run “on the cheap” by the housing firm Mears Group, which runs a reported £1bn a year refugee housing contract for the UK Government.

The Home Office has previously defended the measures, saying: “Like everyone else in the country during the coronavirus outbreak, asylum seekers have been asked to stay where they are and to follow social distancing to help fight the spread, which has meant standing up temporary accommodation.

“When staying in hotel accommodation, all essential living needs – including three meals a day, healthcare, WiFi and TV – are met, which is all paid for by the taxpayer and there is no cost to the individual.

“For anyone with any issues, there is a 24-hour hotline available for support and it is fundamentally untrue to suggest that they are threatened with detention or deportation if they complain.”