Campaigners march in Glasgow calling for venues to reopen

Hundreds attended a march, organised by activist group Communities Unite Against Closures, in the city centre on Saturday afternoon. 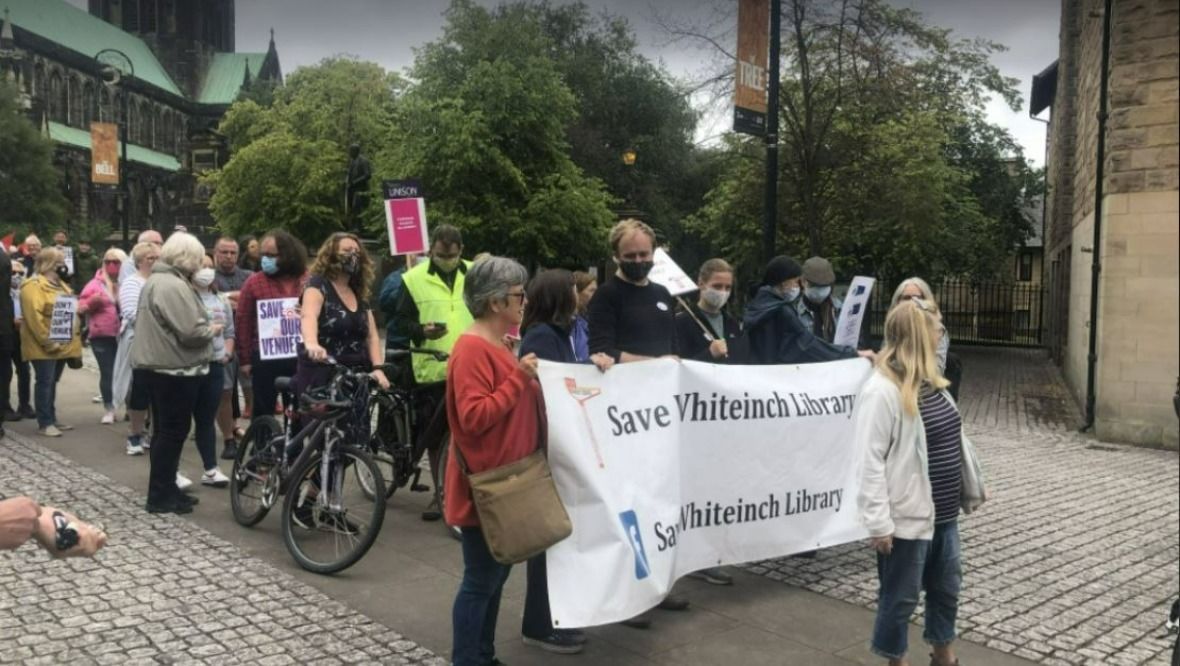 Campaigners have taken to the streets of Glasgow to urge the reopening of ‘vital’ public services in the city.

Hundreds attended a march, organised by activist group Communities Unite Against Closures, in the city centre on Saturday afternoon.

They are calling for services, including libraries, museums and sports facilities, to be reopened to the community, with several facing threat of indefinite closure.

Banners saying Save Whiteinch Library, Don’t Axe Our Venues and Friends of People’s Palace could be seen among others at the march that started at Cathedral Square and walked from the closed St Mungo Museum to the People’s Palace.

A spokesperson for CUAC said the city’s heritage has been “ravaged”.

A statement posted on the event’s Facebook page said: “These services are not a luxury, they are at the heart of any cohesive community.

“Our community assets should not be regarded as a cost to the public purse but an investment in the health and wellbeing of our community for generations to come.”

A spokesperson for Glasgow Life said: “The £100m funding guarantee we received from Glasgow City Council in March has been fully allocated, reopening more than 90 venues across the city in the wake of the global pandemic.

“In May, Glasgow City Council passed a motion resolving that all Glasgow Life venues should reopen as soon as funding and Scottish Government guidance allows but Glasgow Life’s ability to open more venues is entirely dependent on more funding becoming available.

“Unions have been kept up to date with plans for reopening over the last year and the ongoing impact the pandemic would have on Glasgow Life and assessments of the possible impact were published and widely reported in March this year.

“We recognise the strength of feeling there is about venues without reopening dates and, continue to make the case for further income which would allow us to open more.”