The northbound carriageway of the M74 was shut down by attending emergency services. 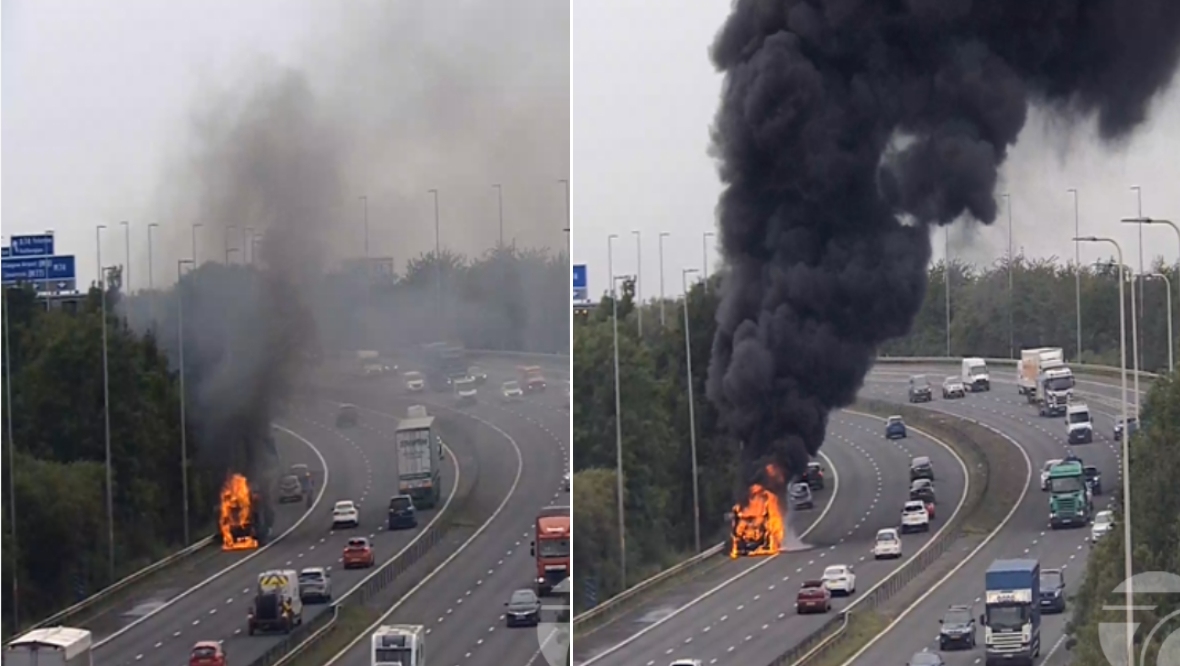 Part of a major Scottish road has been closed after a bus caught on fire in Glasgow.

Fire crews were alerted to the vehicle ablaze on the M74 northbound at 10.33am on Monday morning.

Three fire engines and crews were deployed to the scene and are working to put out the fire.

STV News understands that no passengers were on board and no injuries have been reported, however the carriageway has been closed to any oncoming traffic.

A Scottish Fire and Rescue Service spokesperson said: “We were alerted at 10.33am on Monday, August 22 to reports of a bus on fire on the M74 Northbound.

A Police Scotland spokesperson said: “Around 10.35am on Monday, August 22, officers were called to a report of a bus on fire on the M74, near to junction 3.

“Emergency services are in attendance.”