The Burrell Collection in Glasgow was officially reopened by King Charles in October 2022. 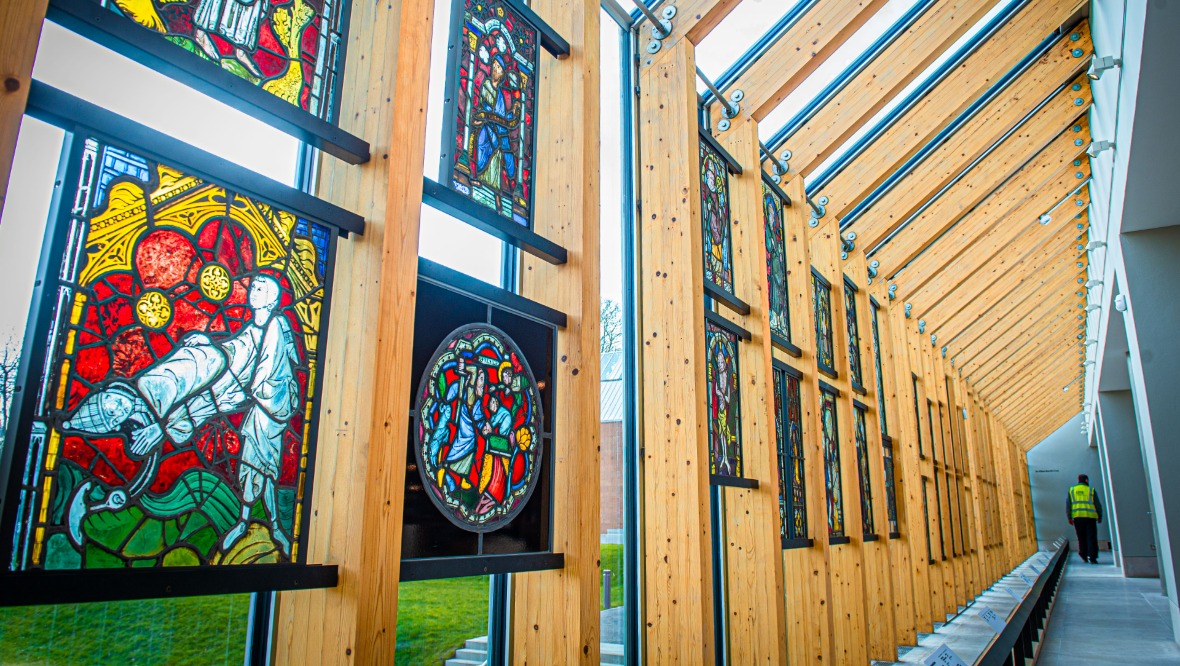 A “cherished” Glasgow museum has attracted 500,000 visitors since it reopened following a major revamp.

The Burrell Collection, in Pollok Park, was closed for six years during the £68m refurbishment, which increased gallery space by a third.

Art, stained glass, ceramics and tapestries all feature in the collection, which was amassed by shipping magnate Sir William Burrell and donated to Glasgow in 1944.

The vast majority of the first 500,000 visitors (78%) travelled to the museum from outside the Greater Glasgow area, operators said.

Glasgow Life, which runs the museum, said the Burrell had been worth £21.1m to Scotland’s economy in the first six months since reopening in March 2022.

It was officially reopened by King Charles III in October – nearly 40 years after his mother, Queen Elizabeth II, unveiled the original museum in 1983.

Annette Christie, chairwoman of Glasgow Life, said: “To have welcomed 500,000 people to the Burrell since reopening is a wonderful endorsement for the ambitious refurbishment of this cherished, world-class museum.

“This spectacular home for a unique, prized collection will enable Glasgow to continue promoting inclusion and support for local communities, businesses and the tourism economy.”

Sir William and his wife Lady Burrell devoted more than 75 years of their lives to amassing one of the world’s greatest personal art collections.

It ranges from ancient prehistoric artefacts, to works by Impressionists such as Manet and Degas, and includes late medieval art, Chinese ceramics, bronzes and jades, Islamic pile carpets and French 19th-century paintings.

Inside the museum, 225 displays are spread across 24 galleries.

Susan Deighan, chief executive of Glasgow Life, said: “The Burrell Collection is a reminder of culture’s significant contribution to the international appeal and vibrancy of Glasgow, and the affection felt by local people for the museum and collection.

“As the Burrell approaches its first anniversary, we will continue to programme events and exhibitions that will attract local people and tourists in the years ahead.”