Officers at UK airports have walked out over pay, jobs and conditions as the cost of living rises. 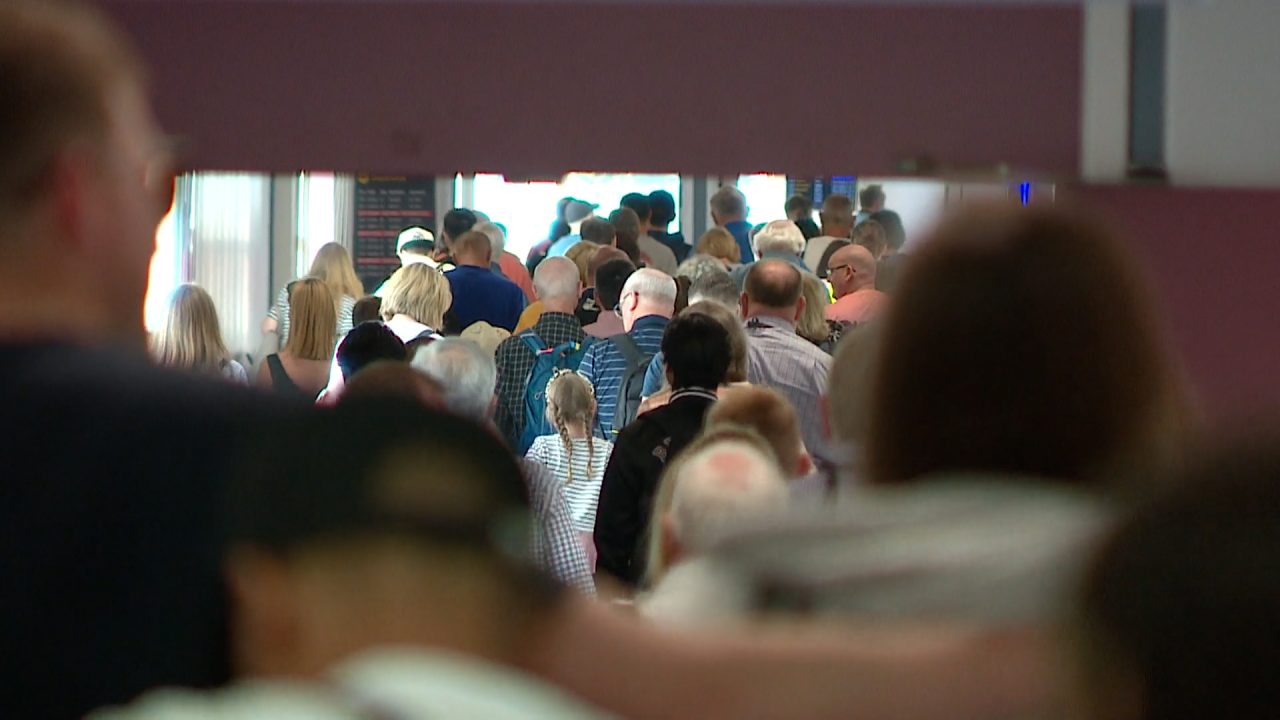 Border Force staff striking at UK airports until New Year’s Eve will stage demonstrations calling for better pay and conditions, including in Glasgow, on Friday.

Around 1,000 members of the Public and Commercial Services union (PCS), many employed in passport control, walked out on Wednesday, December 28, with action ongoing until December 31.

Officers at Gatwick, Heathrow, Birmingham, Cardiff, Manchester and Glasgow airports are striking as the cost of living rises.

No disruption to flights is expected as a result of the strikes with civil servants joining military personnel to cover the positions across the UK.

More strikes are set to be announced in the new year but the union has warned that those replacing workers taking industrial action are not equipped for the task.

“We know that the military are not trained to do the job that our members do,” said Jenni Gunn, of PCS Scotland.

“They’re not trained to look out for people who may be being trafficked or people that are entering the country illegally.

“They might be able to cover our jobs in the short term but can they teach our kids in schools? Can they drive ambulances? Can they find hospital beds?”

Included in that are driving examiners in England who launched a five-day strike as part of escalating industrial action in the dispute over pay, jobs and pensions.

“Our members are determined to get a fair pay rise. They’re determined to get pension contributions back that they’ve been overpaying for many years. And we’ve been just amazed by the public support on picket lines. We’ve had people coming past telling us that they really support the campaign.

“We obviously represent all members across the Home Office, ones that work in all of our airports, all of our ports, work in immigration enforcement. So in terms of how we could escalate that specific dispute, there are thousands of more members that we could take out on strike if the Government don’t heed our demands.

“The Government keeps saying that the door is open but if there’s no more money on the table, then we will have to escalate that strike action.”

Defence secretary Ben Wallace said the Government will not be “held to ransom” by striking public sector workers.

As the wave of industrial action continues, Wallace insisted there is “no magic wand” to produce the money for above-inflation pay awards.

Speaking during a visit to Manchester Airport where military personnel are covering for striking Border Force staff, Wallace rejected a call by the TUC general secretary for ministers to get round the negotiating table.

He said the Government is not prepared to ignore the pay review bodies’ recommendations and that it is now up to the unions to talk to their employers directly.

“We’re not going back to the 1970s where the trade union barons thought that they ran the government,” he said.

“The trade unions can negotiate, they can negotiate with their employers and try and come to a resolution. That’s the most important thing. There’s no magic wand here to come up with money that the country doesn’t have.

“Ultimately we’re in a position where we’re trying to listen to the independent advice, through the independent pay bodies, offer a settlement to the workforces, and then try and bring that to a resolution, but if the trade union leadership think we’re all just going to ignore these independent bodies to suit their agenda then they’ll be mistaken.”