June Crawford was delighted to be able to visit Ella Boyle again. 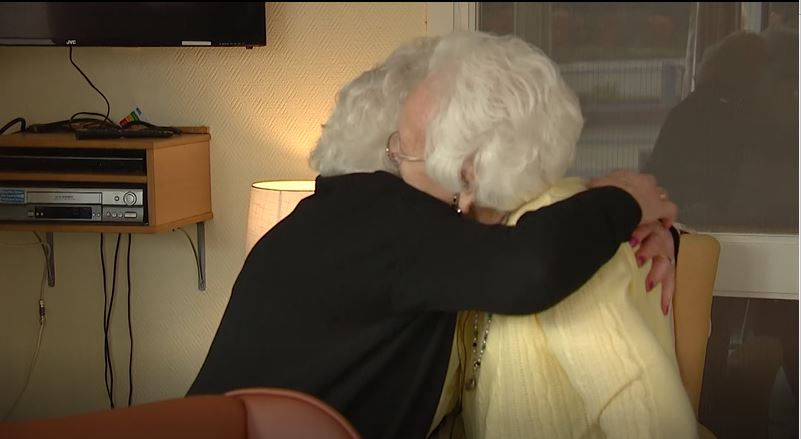 Two best friends of more than 60 years have been reunited as indoor care home visits resume across Scotland.

June Crawford was delighted to visit Ella Boyle again as they continue a friendship dating back to the early 1960s.

The pair grew up beside each other in Renfrewshire until Ella, now in her 90s, had to move into a care home in Greenock, Inverclyde.

For most of the last 12 months, the duo were limited to speaking on the phone due to coronavirus restrictions.

But they were able to embrace and catch up on Monday as the rules were relaxed.

June, who is in her 80s, said: “I was actually nearly in tears before she got near me, it was so overwhelming, absolutely.

“She has been quite down, in fact after we spoke last night I didn’t hold out much hope for her she was so bad and even this morning because she didn’t believe that I was going to be here.

“All she wants to do is go down to the front and get an ice cream, this is what’s on her mind.

“So that is one of the plans to get her out for a while and get her a wee run in the car.”