Public asked to avoid Ben Lomond as fire ‘not yet extinguished’ 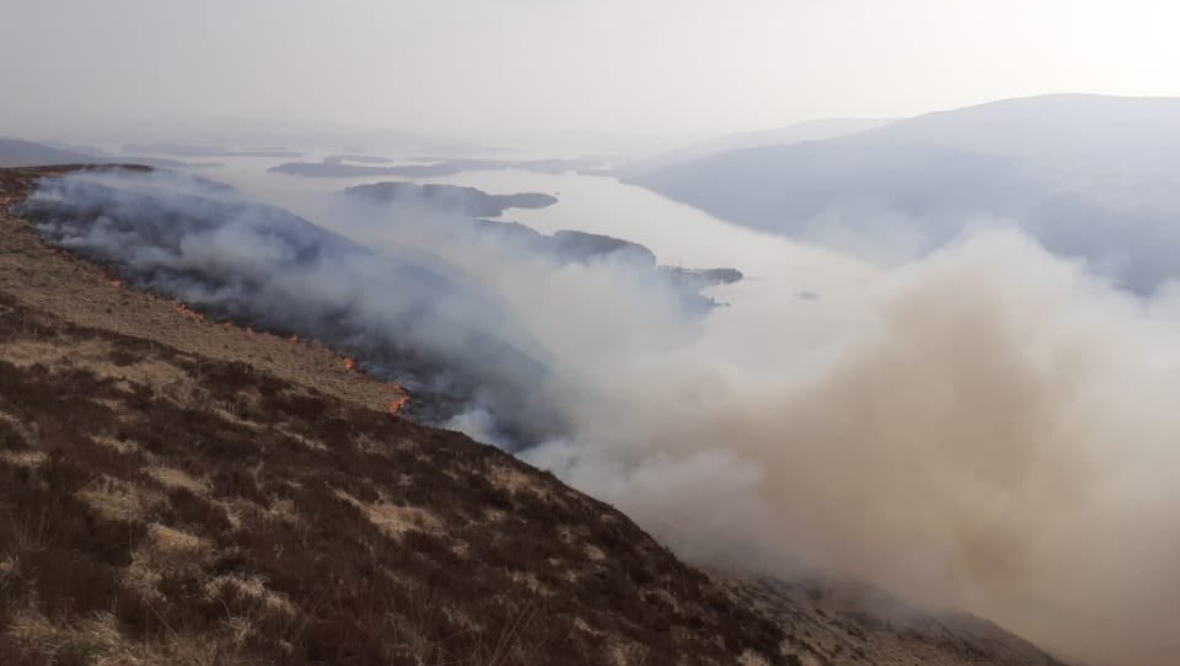 Members of the public have been asked to avoid Ben Lomond as firefighters continue to tackle a blaze on the Stirlingshire mountain.

The National Trust for Scotland confirmed crews were still at the scene on Wednesday morning as they continued to battle the fire.

The blaze broke out on Tuesday afternoon with emergency services being called to the west slope of the mountain at around 2.15pm.

The conservation charity released a statement regarding the fire, stating that it was caused “by a single dropped cigarette”.

No injuries have been reported during the incident.

A National Trust for Scotland spokesperson said: “Fire intensity has decreased substantially overnight, but it is not yet extinguished.

“The Scottish Fire and Rescue Service are onsite this morning.

“We’re very grateful for everyone’s support and understanding at this time and ask people to please continue to avoid the area for now.”

A Scottish Fire and Rescue Service spokesperson said: “We were alerted at 2.15pm on Tuesday, 22 March to reports of a fire affecting grass on the west slope of Ben Lomond.

“Operations Control mobilised two appliances to the nearest roadside location to the fire at Rowardennan.

“Firefighters worked in difficult terrain and three appliances returned to the scene at 7am on Wednesday, 23 March to continue to extinguish hotspots.”