Emergency services were called to the fire on the mountain on Tuesday afternoon. 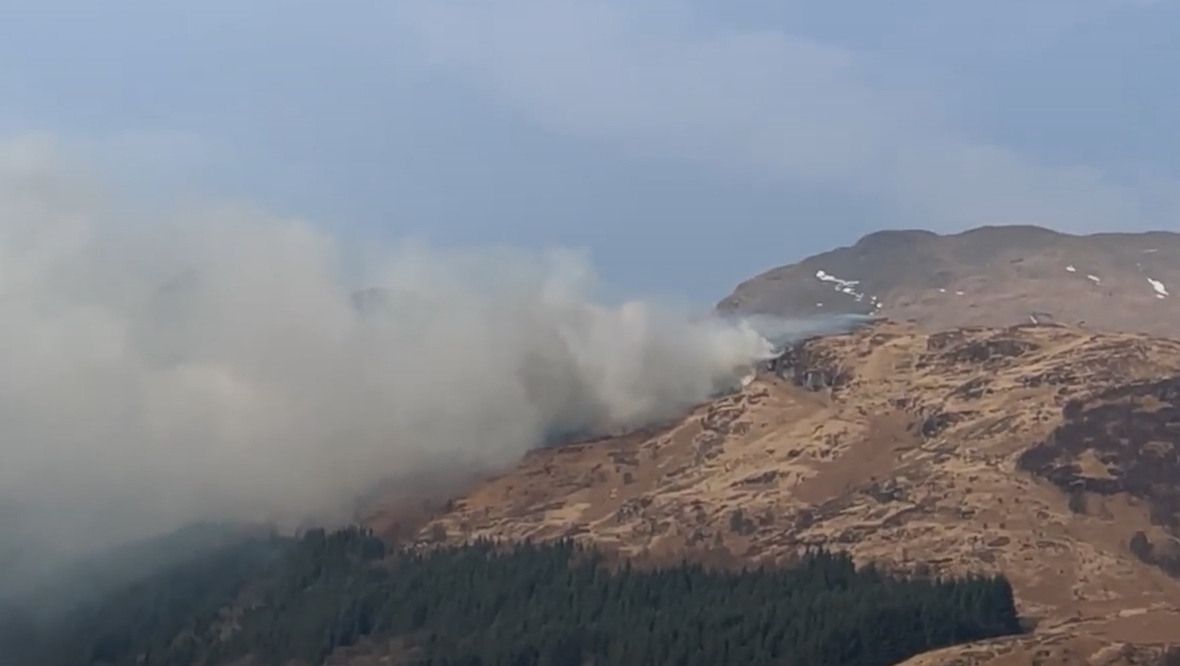 Firefighters are tackling a blaze on Ben Lomond in Stirlingshire.

The Scottish Fire and Rescue Service were called to the west slope of the mountain at around 2.15pm on Tuesday.

The National Trust for Scotland released a statement regarding the fire, stating that it was caused “by a single dropped cigarette”.

A spokesperson said: “There’s an ongoing wildfire at Ben Lomond.

“We’re asking everyone to please avoid the area until further notice.

“The hill fire is along a 1km front, and appears to have been caused by a single dropped cigarette sometime in the last couple of hours.

“It is burning through an area where natural regeneration of woodland was just starting to take place.

“There is no way down through the Ptarmigan path for the next while.

“Thanks for your understanding and support at this time.”

Fire crews are currently at the scene, however no injuries have been reported.

A Scottish Fire and Rescue Service spokesperson said: “We were alerted at 2.15pm on Tuesday, 22 March to reports of a fire affecting grass on the west slope of Ben Lomond.

“Operations Control mobilised two appliances to the nearest roadside location to the fire at Rowardennan. Firefighters are currently working in difficult terrain to extinguish the fire.”