Network Rail said it was too early to say when the debris would be cleared. 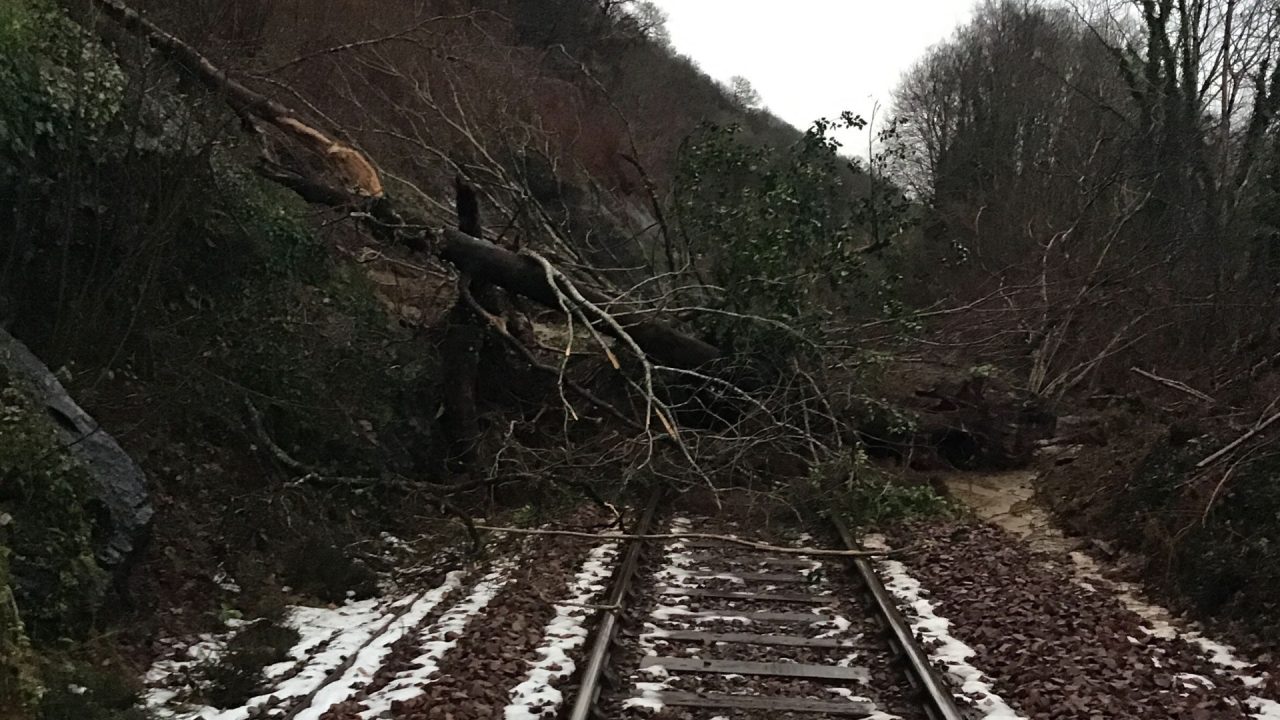 Around 100 tonnes of boulders, trees and waterlogged soil have blocked a major road and a branch of the West Highland Railway Line in Argyll.

A landslip occurred on Ben Cruachan’s lower slopes around 80 to 100m above the railway on Monday, which caused debris to cover the tracks and the road 30m below.

BEAR Scotland and Network Rail are working together to assess and clear debris from the landslide, which closed the A85 road and rail connection in both directions 1km south east of the Falls of Cruachan.

Network Rail said it was too early to say when the debris would be cleared.

The A85 has since reopened under traffic signal control, an update from BEAR Scotland on Tuesday said.

BEAR Scotland said its safety inspection is currently under way and the team is liaising with Network Rail as to the cause of the landslide.

“We thank the local community and road users for their patience and assure them we’re doing everything we can alongside our partners in Police Scotland and Network Rail, to address this challenging situation as quickly and safely as we can.

Residents and business owners in Oban said that said that the road closures are “quite chaotic”.

Sarah Heward, the founder and director of Real Rood Cafe, told STV News: “It means for our delivery drivers and our suppliers a lot of inconvenience and obviously for the customers trying to get to Oban it’s meant a big diversion.

“There’s no such thing as a short diversion up here. I would say make sure that you are prepared when you come up to this part of the world in the winter.”

Andrew Riley, The Tyndrum Inn, co-owner added: “At this time of the year it’s not the end of the earth, because we can always go to Glasgow or somewhere and pick up stuff, but in the summer it can be a nightmare.”

He added that road closures meant a lot of lost business.