Buck's Bar in Glasgow handed out complimentary meals to people in need to highlight curbs on the hospitality sector. 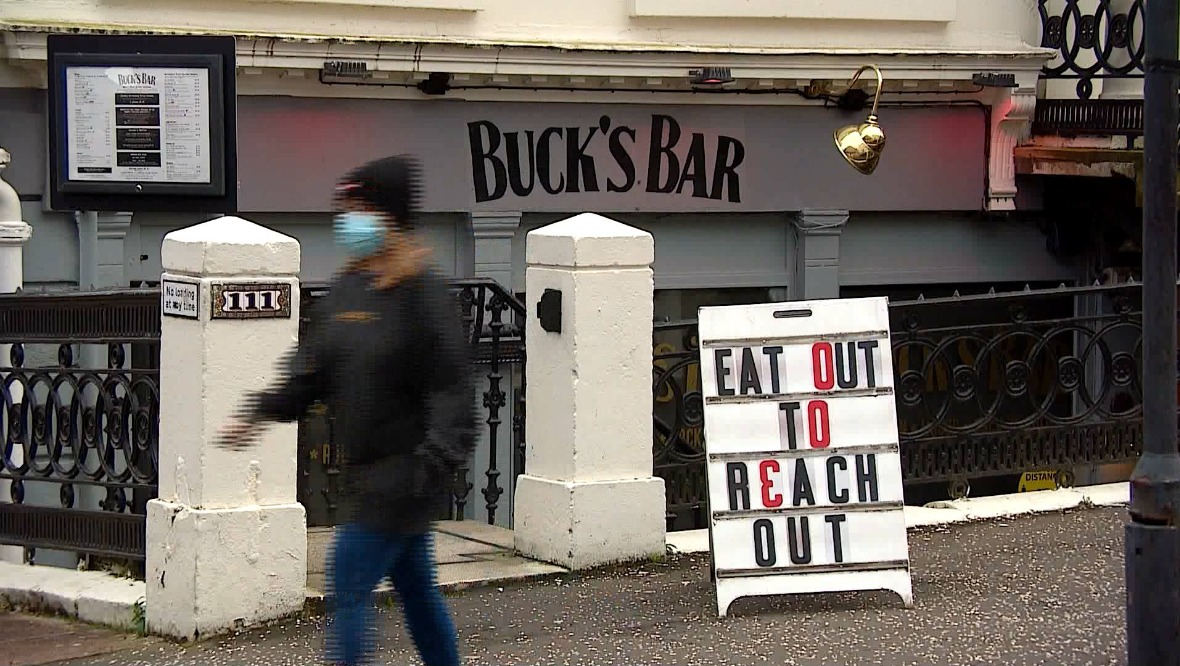 A Glasgow bar opened its premises in breach of local coronavirus lockdown rules to protest curbs on the hospitality sector.

The owners of Buck’s Bar in Glasgow handed out free meals to those in need on Monday.

The owner of the bar, located on the city’s West Regent Street, said he was inspired to protest the restrictions after being contacted by a nurse who works in an intensive care unit.

“It made us realise the lack of social interaction is causing an incredible amount of damage and hospitality is vital to (easing) that.

“We hope the government will start to listen, to recognise all the measures the entire industry has put in place. We hope they’ll realise it doesn’t matter what you are – a cafe, a restaurant, a shop, a pub – if you have the correct safety measures in place you should be allowed to trade.”

Mr Bergson also called on the Scottish Government to review the restrictions associated with Level Three of the framework being debated at parliament on Tuesday, saying it is “completely unworkable for the hospitality industry”.

He said: “The three-tier system cause outrage in our industry in England, with Tier Two hospitalities generally complaining ‘we can’t make money’.

“We seem to have made something that’s more draconian and even more restrictive. They need to start listening to the will of the people. You can see from the response we’ve had to this that the general public believe hospitality is being made a scapegoat and that is unfair.”

The protest comes after five hospitality industry bodies joined together to launch legal proceedings against the Scottish Government.

They say coronavirus restrictions imposed on the licensed trade sector have placed businesses under intense pressure and left many fighting for survival.

The trade bodies launched their action after receiving an opinion by legal expert Aidan O’Neill QC.

A deadline of 4pm on Wednesday, October 28 has been set for a response from the Scottish Government, with a petition for a judicial review being submitted if none is forthcoming.