At least one ‘stabbing’ and hospital locked down

Police are investigating a series of 'potentially linked incidents' in Kilmarnock. 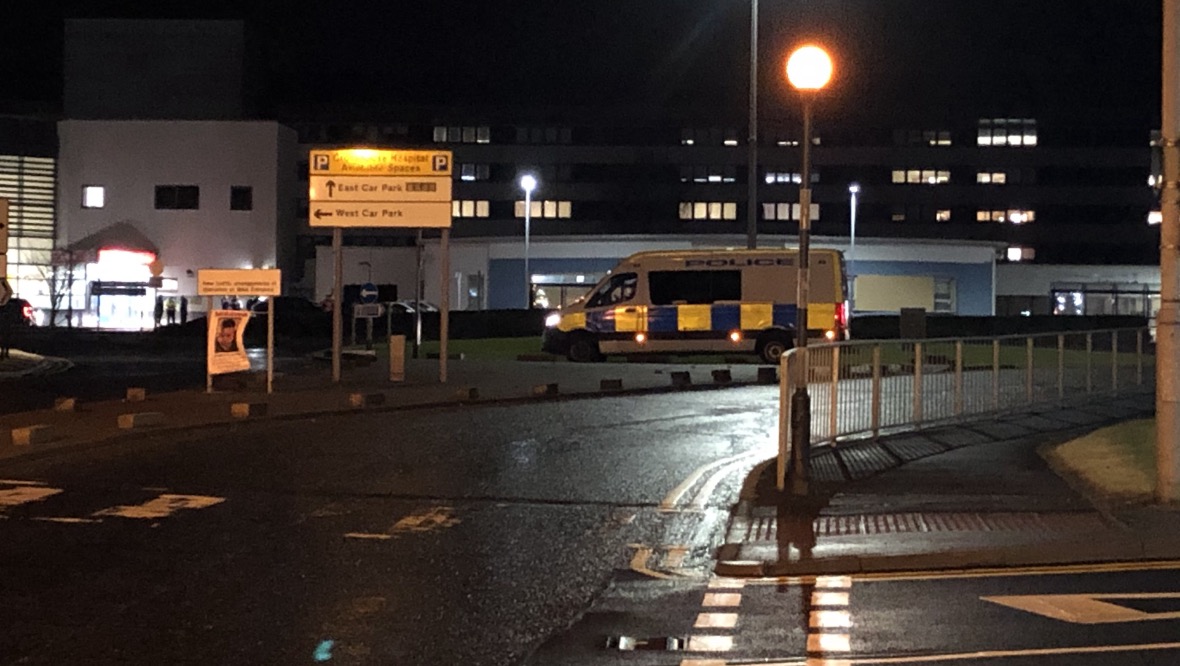 At least one person is believed to have been stabbed and a hospital placed in lockdown as police dealt with three serious “potentially linked incidents” in Ayrshire.

The incidents which took place in and around Kilmarnock on Thursday night.

The first happened at around 7.45pm outside University Hospital Crosshouse, which was locked down for several hours.

Another incident took place around 20 minutes later on Portland Street in Kilmarnock, before a serious road crash happened on the A76 at around 8.30pm.

Police said the incidents are not being treated as terrorist-related. While inquiries are at an early stage, officers added that there is no cause for concern for the wider community.

On Friday morning, the hospital’s A&E department and main entrance were open and running as normal while two police vans full of officers remained outside with police tape around part of the car park.

Shortly after 10.30pm on Thursday, NHS Ayrshire and Arran said the hospital lockdown was lifted after police said it was safe to do so.
Ambulances were diverted to University Hospital Ayr while the measure was in place.

“Police Scotland have confirmed the risk to patients, staff and visitors to the hospital is minimal, and so this lockdown has been lifted.

“There remains a large police presence on the grounds of the hospital.

“We would like to reassure anyone coming to the hospital, in particular to any patients or staff coming on shift, that Police Scotland have confirmed it is safe to do so. However, if you are worried, please speak to the onsite Police Scotland officers.

“As this is a Police Scotland incident, we are unable to comment any further at this time.”

Several roads in the area remain closed including Portland Street, where the second incident occurred, and surrounding streets.

First Minster Nicola Sturgeon tweeted: “My thoughts are with those involved in these very serious incidents in Crosshouse/Kilmarnock.

“Please help @AyrshirePolice do their job by following the advice to stay away from the areas affected.”

Health Secretary Jeane Freeman added: “My thoughts are with all those affected by the serious incident in Crosshouse/Kilmarnock tonight and my thanks to police and healthcare staff who are dealing with this.”