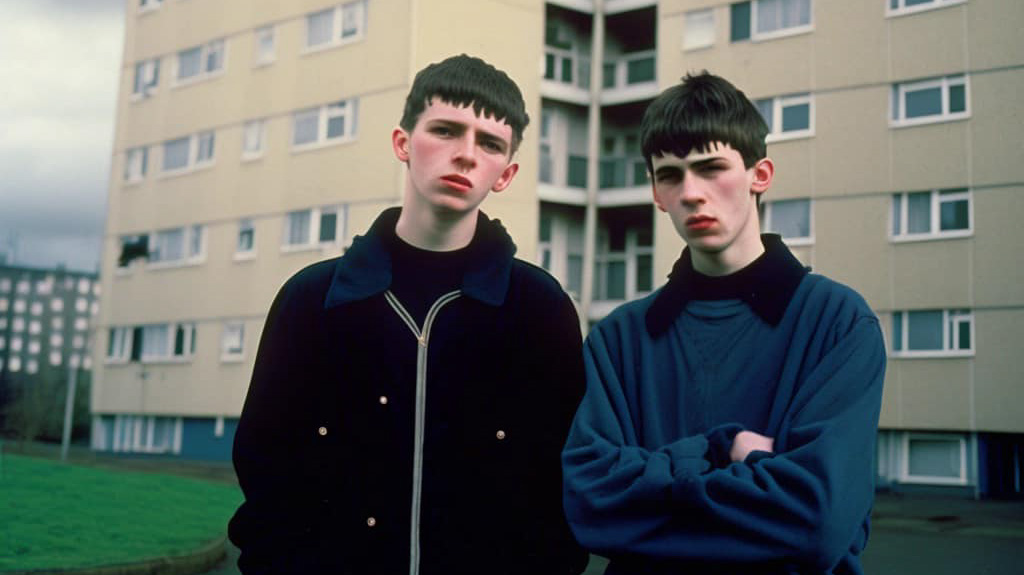 An artist has created ‘artificial intelligence’ images to bring bygone Glasgow back to life.

Photographer Siobhán Walker, from London, shared pictures of working-class people living in the city during the 1980s, capturing the imagination of thousands online.

The 39-year-old has been experimenting with AI art since September and decided to recreate gritty, realistic photographs of fictional people and places.

The images demonstrate how eerily sophisticated the technology has become – depicting sullen schoolboys standing outside a block of flats, young clubbers beaming on the dancefloor and an elderly woman staring wistfully through her window.

Siobhán told STV News: “Even though I didn’t grow up in Glasgow, I’ve been there a few times in recent years and it’s a place I’m quite fond of.

“I also love the 1980s, so I wanted to create something from that time there and, judging by a few natives, I seem to have done it justice.

“The feedback has very positive and quite overwhelming, which is something I didn’t expect.”

One commenter said that the photos were “amazing” and bore “striking similarities” to the work of French photojournalist Raymond Depardon, who captured the city during the 1980s.

He added: “Based on what I remember and saw of 1980s Glasgow, they’re very accurate.”

Another fan, Anton Gardinski, commented: “Astonishing work, Siobhán. Several of these images are completely plausible, and some would definitely fool me into believing they were ‘the real deal’ if they hadn’t been posted as AI art. You’ve really captured the Glaswegian vibe.”

Siobhán used an AI programme called Midjourney on server Discord. She typed prompts to describe what she wanted it to create in a process named ‘text to image’.

While highly convincing at first glance, looking closely there are some details that are a little off – disproportionately large eyes, a bouffant styled a little too high or a toothy smile so broad it begins to overtake the face.

Another significant flaw in the system is AI’s challenges in rendering realistic hands, as demonstrated in a picture of seven-fingered old men in a pub.

Siobhán said: “It’s weird, but it doesn’t seem to know how to count yet. Very occasionally it will render five fingers.

“It’s still learning about numbers and counting things like clocks, Roman numerals. Before, it couldn’t do eyes properly so it seems it’s working its way round the human body. It’s learning fast.”

The internet has been swept up in a viral new AI art craze which has seen thousands conjure up stylised self-portraits by uploading selfies on easy-to-use apps including Lensa AI.

The trend has called into question a number of ethical issues including privacy, copyright and crediting as well as data bias.

Critics claim the datasets are regularly trained on the work of non-compensated artists.

Many programmes’ privacy policies also allow companies the right to use and reproduce those images in perpetuity and royalty free.

Siobhán said she understood fears regarding AI and how it could impact the future of art.

“There have been people saying it’s scary and they don’t like where this is going because it looks so realistic,” she said.

“You can recreate historic events that didn’t actually happen. It’s getting even better.

“I think some people are frightened of where AI may take us in the future and what it means for the past.

“I personally see it as a good thing, but I can understand people’s concerns about how it could possibly be used to create false stories or things that never happened throughout history.

“I’ve got my friends into it and it’s helped people. People are going through a lot of stress and hardship at the moment and this is a form of escapism; transforming your thoughts and imagination into art.”

She added: “I see it as an additional tool for artists. It’s fun.”