Arrest made after car, lorry and van crash closed stretch of M8

The incident happened on the Glasgow motorway westbound near J13 at around 11.50am on Friday. 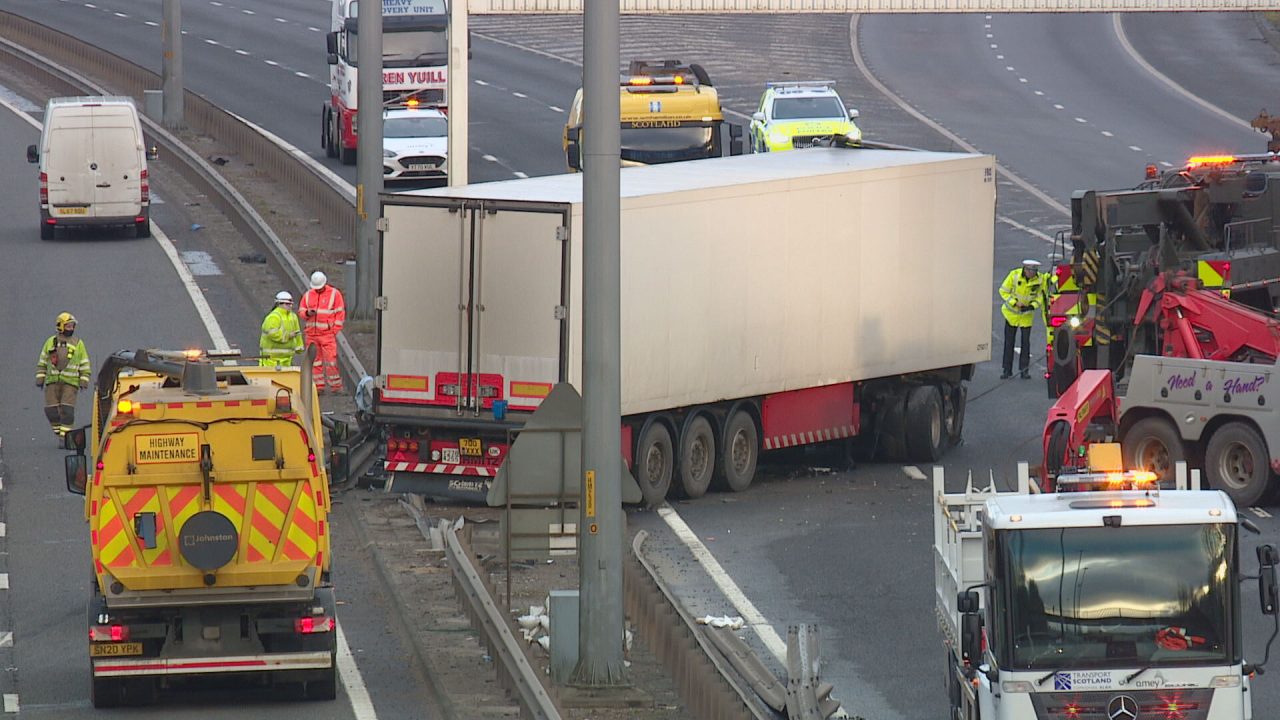 An arrest has been made following a crash that closed a stretch of the M8 in both directions.

The incident – involving a car, a van and a lorry – happened on the Glasgow motorway westbound near J13 at around 11.50am on Friday.

Emergency services were alerted and locked down the scene.

The 51-year-old male driver of the lorry was taken to hospital. He has since been discharged.

The 33-year-old female driver of the car was also taken to hospital. Police said her injuries are not believed to be serious.

A Police Scotland spokeswoman added: “The 25-year-old male driver of the van was uninjured.

“He has been arrested in connection with suspected road traffic offences and enquiries are ongoing.”

Following the crash, which saw the lorry smash through the central reservation, drivers were urged to avoid the area.

The motorway was closed in both directions between J12 and J13, causing massive traffic tailbacks.

First Bus warned passengers that the disruption was affecting several services to the city.

Stagecoach also advised of “major delays” due to the incident.

The police spokeswoman added: “Drivers are being encouraged to use alternative routes.”