A panicked woman was reunited with her life savings after her daughter accidentally took them to the dump. 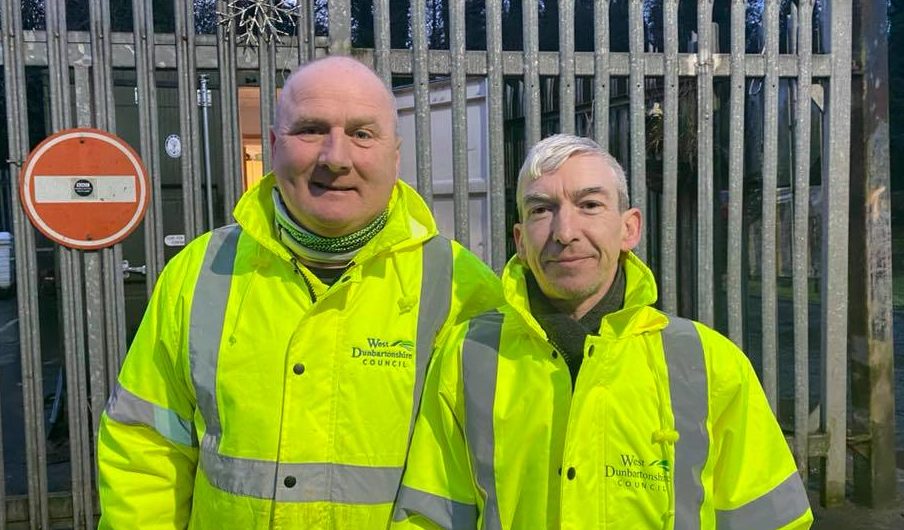 A woman’s life savings have been found at a recycling centre after they were accidentally thrown away in five Bisto gravy tins.

Unconfirmed reports said the tins had contained as much as £20,000.

Workers Kenny McAdam and Tony Scanlon told how they searched for the tins after being alerted by the woman’s daughter.

She had been at the dump in West Dunbartonshire a few hours before to dispose of ‘rubbish’ from her 85-year-old mother’s kitchen.

But she then realised that five tins of Bisto had in fact contained thousands of pounds of her mother’s savings.

Mr Scanlon, 44, said: “She’d come in and dumped her bags, it was kitchen waste as she was cleaning out her kitchen at the time.

“She came back a couple of hours later and said ‘I’ve thrown some bags out and there’s money in them’.

“I knew where they were because of the way she’d put them down and I knew they were heavy.”

Mr Scanlon revealed how they had earlier pushed the tins to the back of the skip with a telehandler they use to condense rubbish.

He added: “We didn’t find it easy. It was just a case of going through all the rubbish and finding the bags.

“You’re just delighted for them to get their money back.”

The Dalmoak Recycling Centre in Renton handles hundreds of tonnes of domestic and commercial rubbish every year.

Mr McAdam said it was lucky one of the centre’s compactors was switched off as it awaited a service.

It meant less rubbish than usual was being crushed and on its way to landfill on such a busy day.

He added: “It was a great feeling to think a woman of 85, that could have wiped her family out thinking about dumping that by mistake and throwing her life savings away.

“It was a happy ending to the day for us.”

It is not the first time the pair have had to dig around for lost property, with jewellery and car keys among the items thrown away with rubbish.

Mr Scanlon said: “It wasn’t until the mum came back and asked what they’d done to the kitchen.

“I don’t think she knew the kind of cash that was in them either. But we managed to get the five of them back. We didn’t know the amount of cash or anything like that.

“If it was £20 you’d probably say I’m not going through all that but obviously she got such a fright that she was down here upset so we knew we needed to.”