The landmark is being transformed for the Unboxed event every night this week. 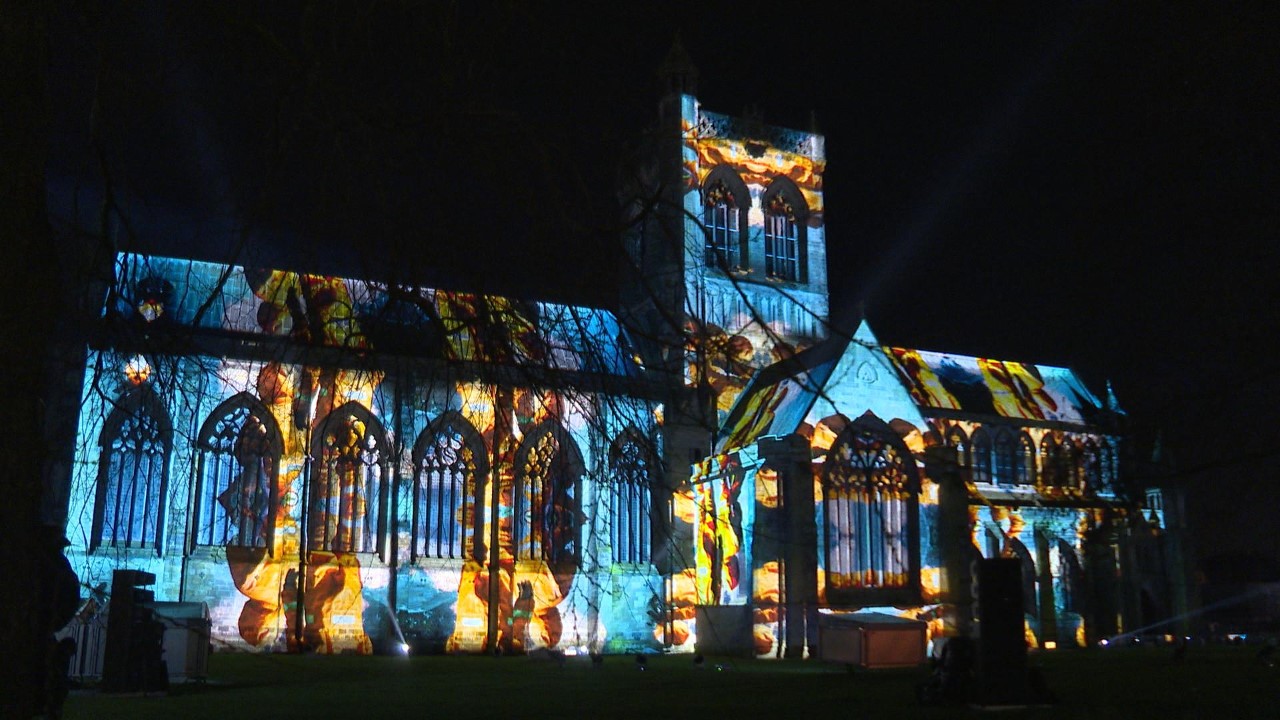 Paisley Abbey has been transformed as part of a major project celebrating culture and creativity across the UK.

The landmark will display its makeover for the Unboxed event every night this week using animation, poetry and music.

The project is called ‘About Us’ and tells the story of our history, from the Big Bang to the present day.

It has been created by one of the production companies behind the London 2012 Olympic Games opening ceremony.

“It’s visually absolutely stunning so I hope everyone who comes down and has a look and enjoys it.”

It is one of ten projects which will be running throughout the year at different locations across the UK.

Local school children in the area have been asked to take part in ‘About Us’ by coming up with poems which are included in the show.

Four ten-year-olds explained to STV News how they are involved in the project.

Delani Scott David Wilson, from West Primary School in Paisley, created the line “it was hot when it was young”.

He explained: “We split into these groups and we wrote some lines that we thought would be good in a poem then we picked out 15 or so and then we made a class poem and then it was very cool.”

Delani’s classmate Zoe Boyle said: “It was even better and bigger than I thought it was going to be.”

Charlotte Sheppard, from Mossvale primary school in Paisley, was “shocked” when she was told what their poems were going to be used for.

Her classmate, Alfie Russell, says it was “really fun” and didn’t realise how big the event would be.

He said: “I thought it was just going to be something little but it was so fun after we realised”.

The Poetry Society’s Judith Palmer said: “We knew that what we wanted to do was be able to have a project that involved young people that included their voices and allowed them the opportunity to be heard.

“We would work in the local schools in Renfrewshire but we would also have a competition where we’d be inviting young people aged four to 18 from everywhere across Scotland to be able to send in poems for a chance to have their lines included in the soundtrack.”

‘About Us’ is free and on at Paisley Abbey from March 1 to March 6 before travelling to other areas of the UK.