Unite the union has accused the firm behind the bar as having reached 'a new low'. 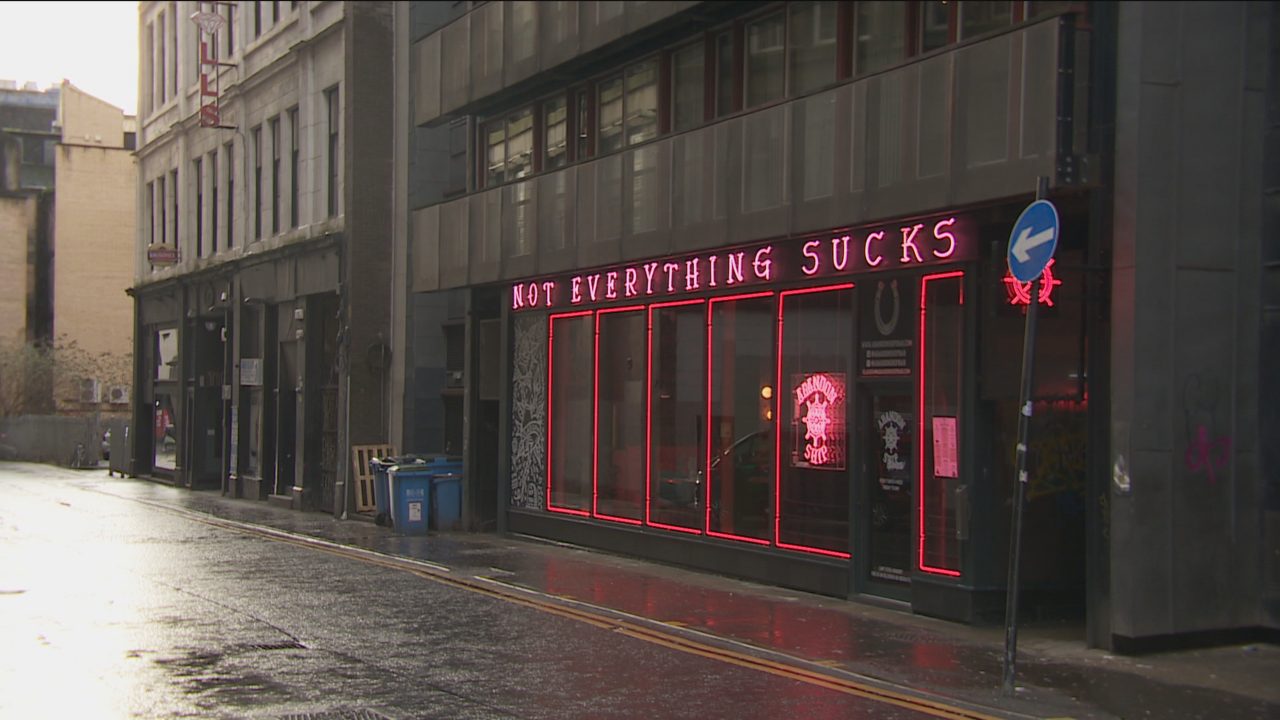 Abandon Ship Bar in Glasgow is being closed with “immediate effect”, with workers told they are being made redundant.

Statutory one week redundancy notices were served to staff at the bar on Monday.

The future of venues operated by hospitality firm MacMerry 300 were put in doubt last month after the company was put into liquidation.

There was speculation that the jobs would be saved after the business was transferred to Belford Limited.

But, in a letter to workers, Phil Donaldson – previously the director at MacMerr300 – announced that the bar would be closed with “immediate effect”, as well as the Abandon Ship bar in Covent Garden, London.

Unite the union accused the company of reaching “a new low” as they hit out at Donaldson.

They said that the former director had assured workers that they would be re-engaged to work for Belford Limited after they took ownership of the bars.

However, 12 days later, redundancy notices were issued to staff.

Speaking to STV News Ross Campbell said: “We got our rota on Saturday and Monday and Tuesday had been blocked out and though we couldn’t really get a solid answer, it just sort of seemed like a refurb was going to happen.

“The company has been talking about getting the downstairs area converted into a bar for a while and we thought, you know, maybe they were going to do that.

“Obviously we wake up this morning, all of us received an email announcing a redundancy, which wasn’t stellar, to be honest.

“And yeah, we’re here now trying to just, like, get some more answers and also just let people know that, you know, we’ve been treated badly.

“Judging by how this place went I wouldn’t really trust them to run a hot tap, forgive me. And yeah like, I just want people to be aware of, you know, if they do want to work for the company, go for it, but just know what you’re getting into, know the risks involved, know for the signs to look out for in regards to, you know, potentially being in a position that me and my colleagues are now…Jobless.”

“Despite reassurances verbally and in writing that ‘nothing is changing’ for staff at Abandon Ship bars only 12 days ago, Phil Donaldson has just issued redundancy notices to all staff at both sites confirming to me that he has no intention of carrying out a genuine or meaningful consultation with those workers in accordance with well established employment law,” he said.

“This is a new low for a company and a former director who continues to run rough shod over the most basic of workers rights.”

Hospitality workers staged a protest outside the bar in January this year after accusing bosses of “systemic mistreatment” of staff during the pandemic.

Staff claimed that the company failed to inform them of potential close Covid contacts and failed to close venues amid outbreaks, with employees being forced to keep working when sick or face disciplinary action.

They also alleged that employees were not being paid sick and holiday pay and that there was ‘health code violations in kitchens across the company’ – with no hand soap or hot water provided.