Snow could also fall as stormy weather expected across most of the country on Monday and Tuesday. 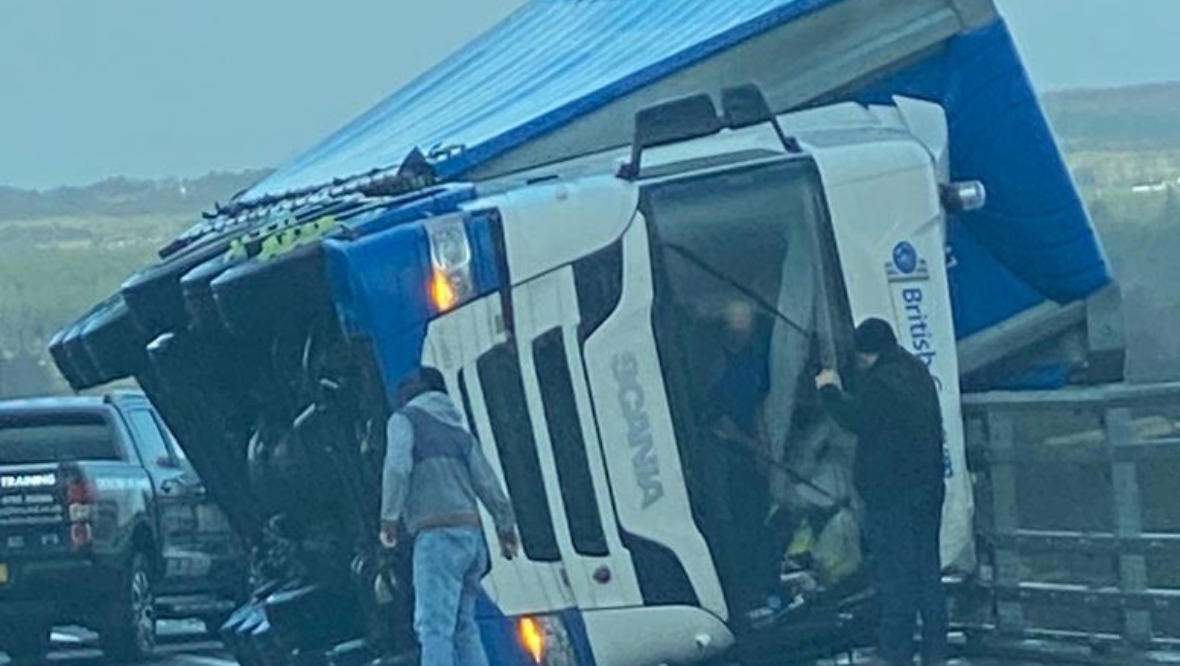 Parts of Scotland were being battered by winds hitting speeds of up to 75mph.

Stormy weather is also expected to bring snow to the country at times over the next couple of days.

Winds were strongest in the Western Isles on Monday morning, with 75mph gusts hitting Orkney later in the day.

The Dornoch Bridge on the A9 was closed due to an overturned lorry.

Some ferry services were cancelled, with CalMac saying there would be no Ullapool to Stornoway sailings on Monday.

Other parts of the country were getting wind speeds reaching 55mph, particularly during heavy showers, according to STV meteorologist Sean Batty.

Winds across Argyll, the south-west coast and southern Scotland will peak at 60mph overnight from Monday into Tuesday.

Sean said parts of the country should also expect snow.

He said: “As well as strong winds, the air will be turning colder with showers turning increasingly wintry.

“While the main settling snow risk will be at higher levels, some of the heavy showers will bring falling snow to low levels at times.

“A few centimetres may settle above 300m in the south and several centimetres down to 200m north of the central belt.

“Freezing levels will rise again overnight meaning snow will turn back to rain at higher levels into Tuesday.”