Eight-year-old Caelan McFaulds penned the novel ‘The Main Event of WrestleMania’ to thank the NHS staff who cared for him. 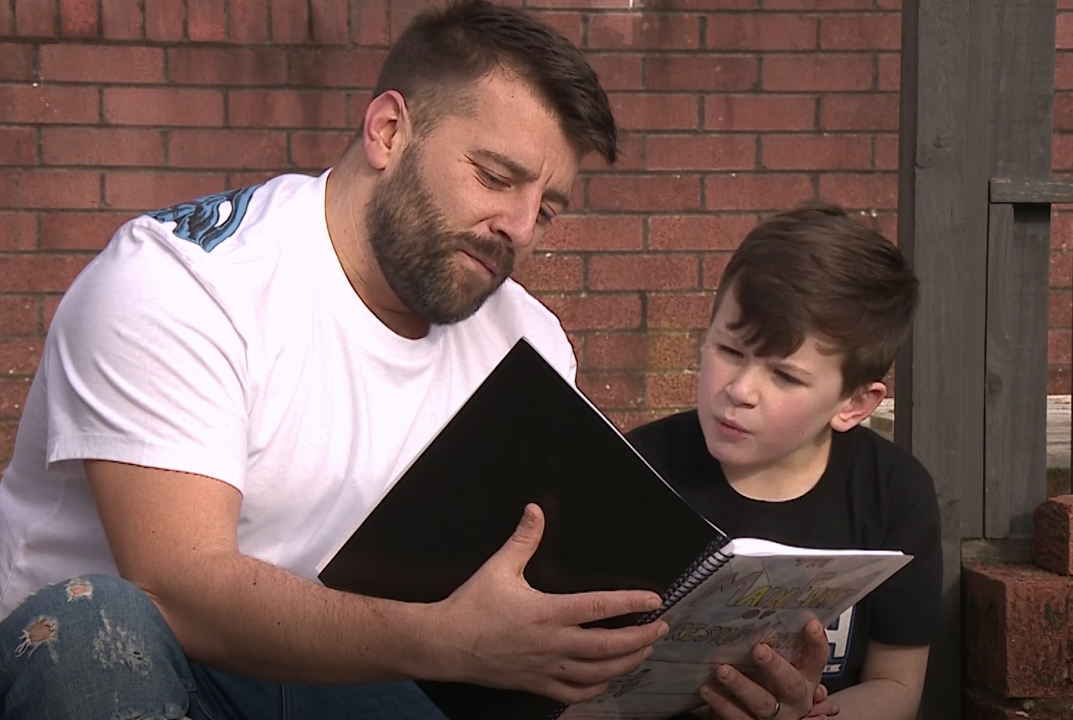 An Airdrie schoolboy has written a book about his alter ego Captain Chaos to raise money for a local hospital.

He has racked up almost £3000 for Monklands Hospital staff by penning a story about his dream of becoming a World Wrestling Entertainment (WWE) superstar – catching the eye of two of the industry’s biggest names in the process.

Eight-year-old Caelan McFaulds – or Captain Chaos as he is known – wrote the 38-page novel, ‘The Main Event of WrestleMania’, to thank the staff who cared for him when he was in hospital with a leg injury.

Caelan said: “The book is about me becoming a WWE wrestler and becoming the WWE Champion.

“I beat Drew McIntyre for the WWE Champion and by the way Drew is my hero.”

He added: “I couldn’t deal with coronavirus. I didn’t like it!

The surprises keep on coming!
All the way from 🇺🇲 Capt Chaos recieved a special delivery from @TripleH & WWE Champ @DMcIntyreWWE

Personally signed copies of his @NHS charity best seller – The @WWE have been nothing short of sensational in their support of Capt Chaos! ❤ pic.twitter.com/65sHyq2ktP

“So I thought of raising the money for the NHS so they can do something
nice with it.”

The creative kid’s wonderful work caught the eye of WWE legend Triple H and current World Champion Drew McIntrye who have been encouraging their followers to buy the book.