The spectacular sight was captured on camera by a tourist at Mealt Falls on the Isle of Skye. 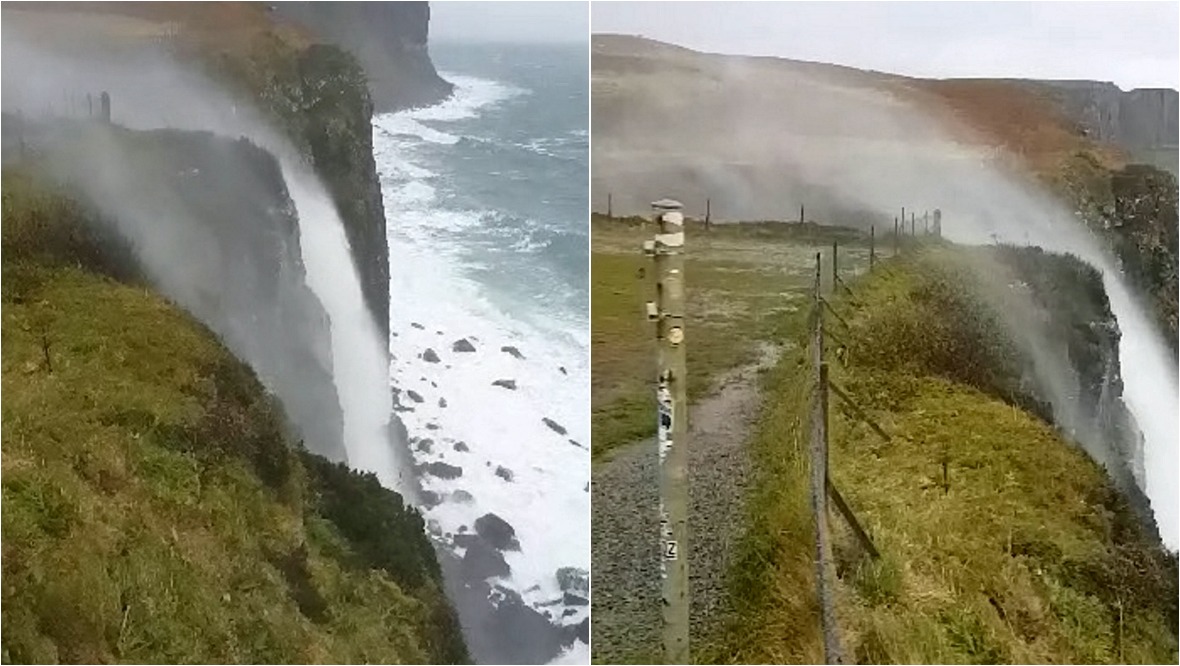 A tourist has captured footage of a waterfall being blown backwards by high winds on the Isle of Skye.

The spectacular sight was captured on camera at Mealt Falls in the Highlands.

Thomas Lamont, 32, was visiting the popular falls last week while on holiday and was nearly blown off his feet by the powerful coastal gusts.

The project manager, from Falkirk, was stunned by what he saw and said the water was pushed as far back as the nearby car park, which left visitors soaked.

Dad-of-one Thomas said: “We hadn’t actually planned to go there, but the weather was so bad so we just took a drive in the car and ended up there.

“That was my first time there – it was quite an experience.

“The wind was coming from the east and the waterfall ws getting pushed straight back up.

“It was getting blown back into the carpark – people were getting drenched.

“I’ve never seen that before, it’s quite a spectacular view.

“When the wind was blowing it made a whistle sound through the railings which was quite nice.

“It was that strong it was pushing me off my feet.”