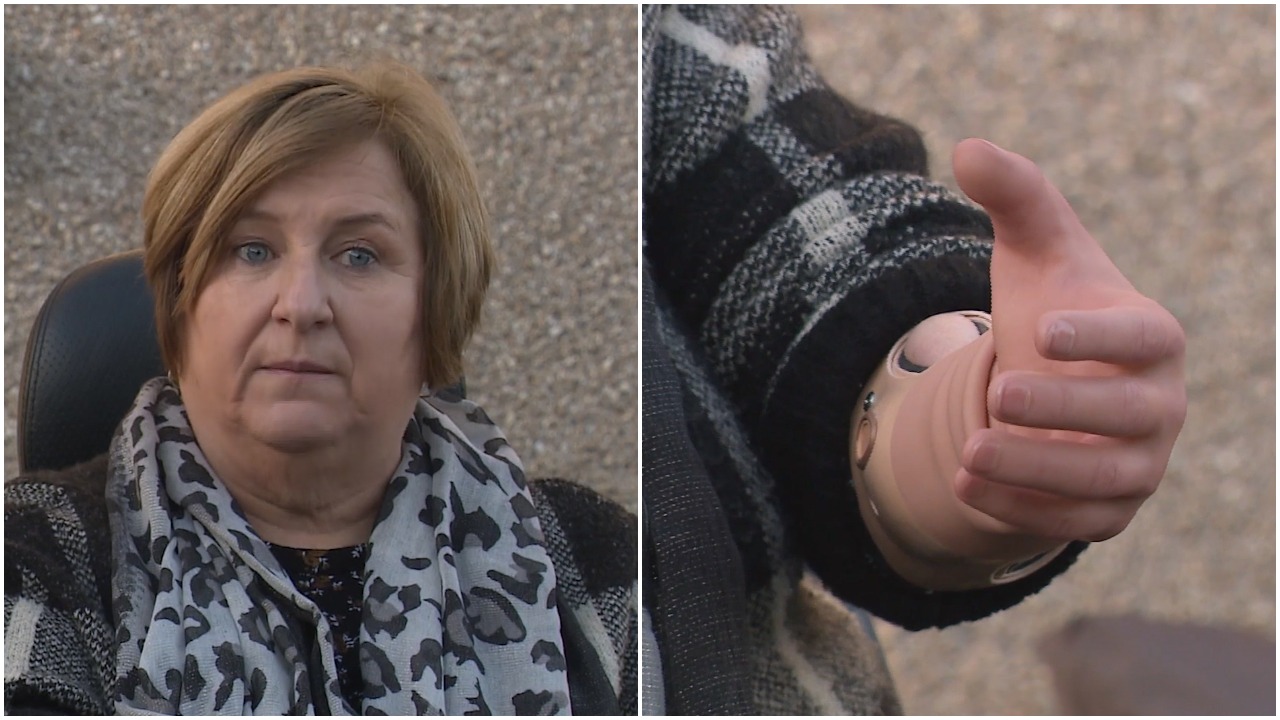 A Fife woman who lost her limbs to sepsis which was caused by a small paper cut is the first person in Scotland to receive a bionic arm on the NHS.

She was placed in a medical coma after initially contracting the blood disease with doctors being forced to amputate her limbs to save her life.

She’s now practicing using her new arm which she says has made a huge difference to her life.

The bionic arm is electronically programmed to work with her body and will be further refined to make it as useful as possible.

Margaret plans to customise the new limb to make it her own.

She told STV News:  “I’ll put nails on it because I always had nail varnish on my own hands. ”