Little Logan was found lying on the rocks with no mother and was taken to Hillswick Wildlife Sanctuary. 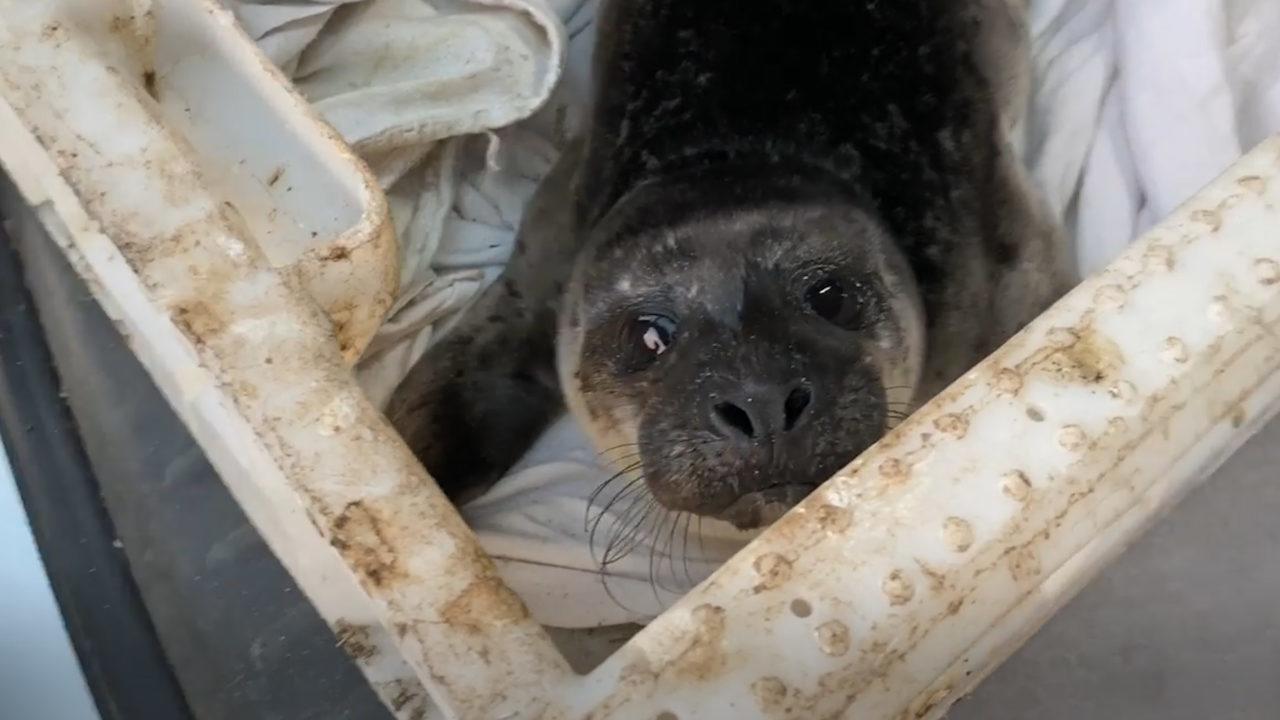 A woman rescued a seal pup which was stranded alone on a beach in Shetland.

Katherine Sandison was taking an evening stroll with her friend Helen Budge on St Ninian’s Isle, when they came across the young pup lying on the rocks with no sign of a mother.

With the risk of it spending the night out on its own and birds attacking it Kathrine contacted the Hillswick Wildlife Sanctuary.

At the sanctuary they discovered that the little seal is a male and is only a few days old.

A member of staff at Hillswick said: “Logan, as Katherine called him after realising he was male, is probably the largest of the five seal pups now in our care and also probably the gentlest.

“His voice is a bit hoarse, probably from crying for his mum.

“He is also very thin and in need of feeding up, but he is curious and keen to suckle on just about anything he can find.”