Snow ploughs attempted to free cars and vans trapped on a road near Buckie after drifting snow blows across Moray. 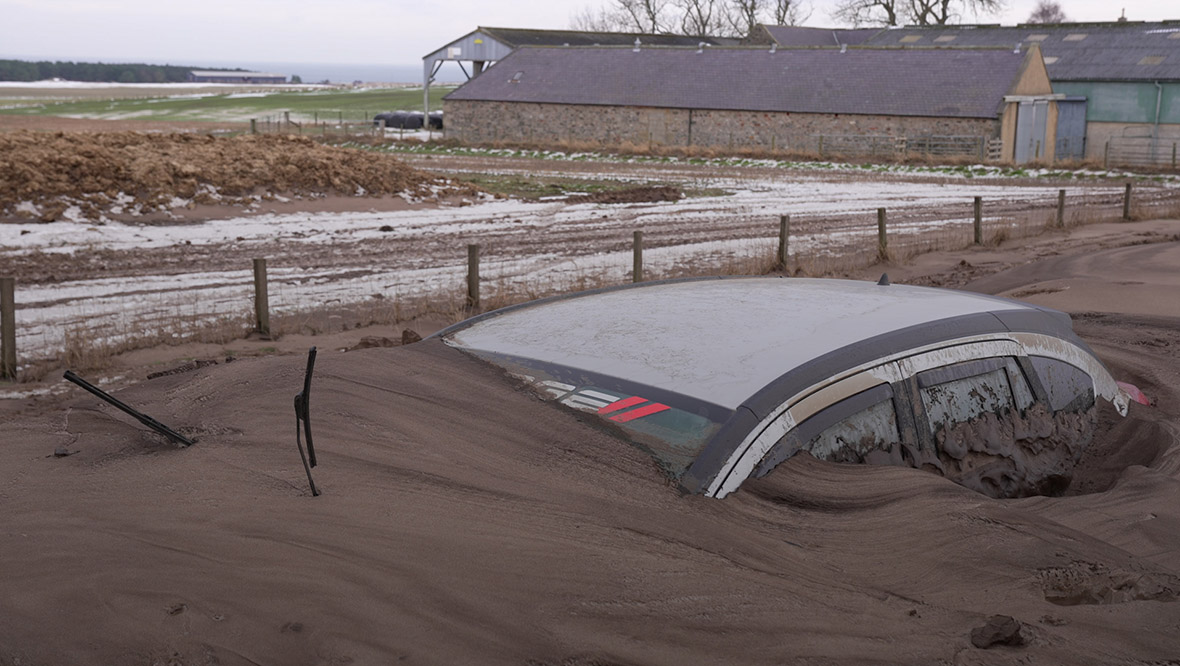 Cars and vans have been buried under huge mounds of muddy snow near Buckie.

Snow ploughs attempted to free the vehicles, which became trapped on the A98 when drifting snow blew across Moray amid freezing temperatures, but the road remains closed.

Many parts of the country experienced travel disruption during last week’s cold snap.