Ewan Campbell was paddling alone when a seal lunged at his kayak at the Falls of Lora, near Oban. 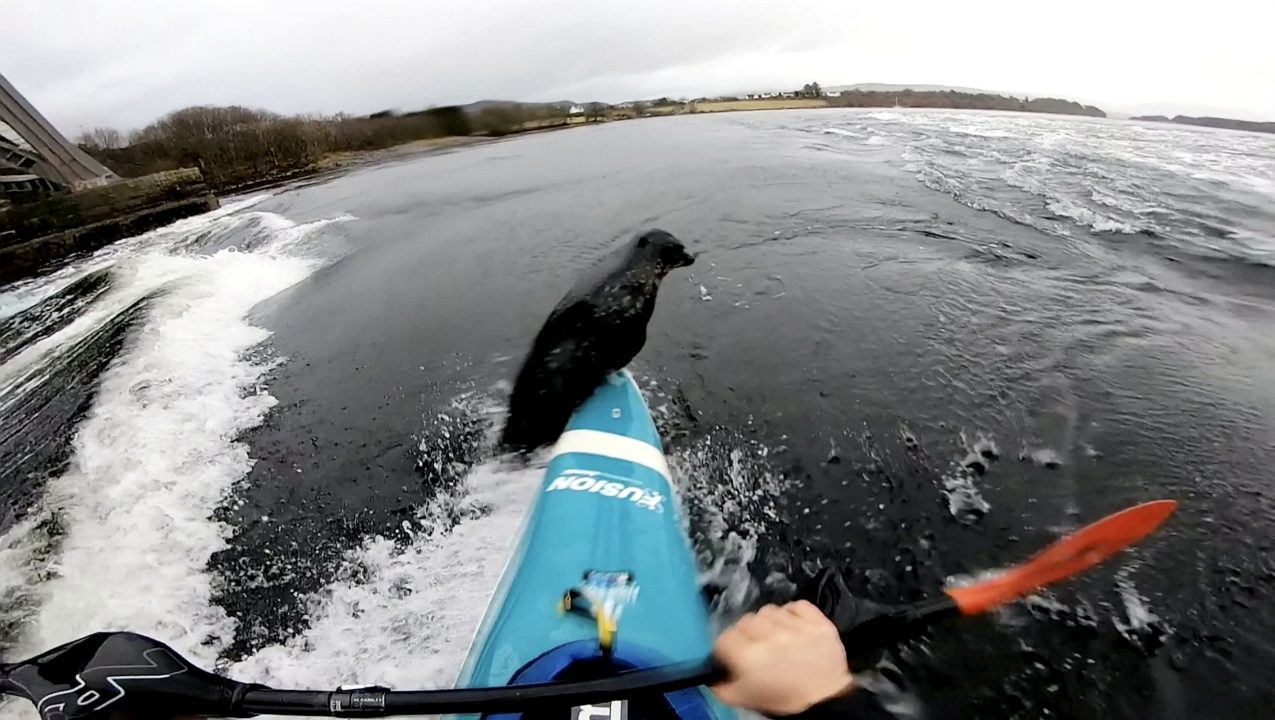 Heart-stopping footage showed the moment a seal flipped on top of a kayak – and nearly capsized it.

Ewan Campbell, 19, was paddling alone when a seal lunged at his kayak at the Falls of Lora, near Oban, Argyll and Bute.

The animal, which would have weighed around 40kg, was unharmed and dived back into the water at the tidal rapids.

The footage was captured on a GoPro camera Ewan was wearing on Sunday.

Ewan said: “All the years I have been paddling I have never seen anything like that happen.

“The seal was fine, it went straight back in the water.

“The boat almost capsized – it must have weighed 40kg plus.

“I felt the boat pushed down but it almost capsized when the seal slid off.”

He said seals are drawn to the area due to the fish population.

Ewan, from Lochgilphead, Argyll and Bute, said: “The water flows out of that and creates waves, we go and surf the waves.

“You see seals in the water, they come down waiting for the fish.

“You see them diving about under the water, it is quite amazing.

“I got a good fright, I was only there by myself.

“When you are paddling by yourself you are trying to be safe.

“As soon as it came out the water I knew it was a seal.”

Hotel worker Ewan, who is currently furloughed, has been kayaking for ten years including at top level competitively.

He added: “It just shows how in touch with nature and wildlife you are.”