Celia Sweeney is among the 1.1 million unpaid carers finding life difficult during the second lockdown. 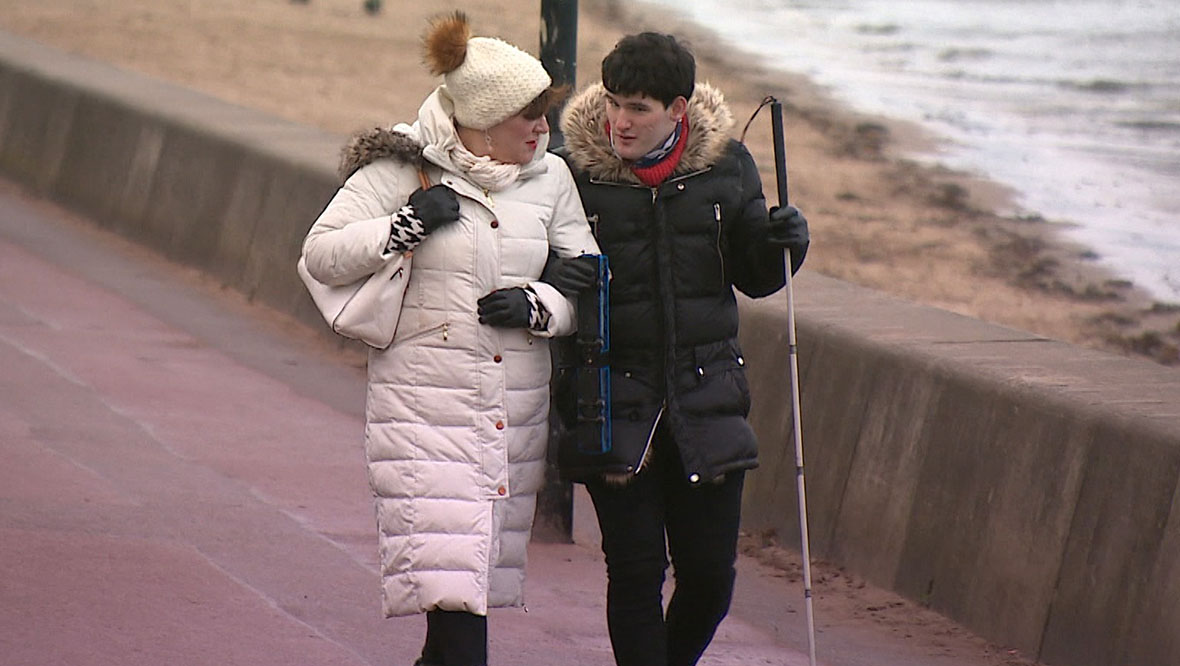 Carers have been the backbone of the coronavirus pandemic – they have been celebrated, thanked and applauded.

But some are feeling forgotten.

The number of unpaid carers in Scotland rose by 400,000 as a direct result of the first lockdown. And now, ten months later, some say they are on their knees.

Like thousands of people across Scotland, Celia Sweeney is an unpaid carer. She looks after her son Paul 24 hours a day, seven days a week.

Celia has already managed through one lockdown during which vital support services were cancelled. But that doesn’t make a second lockdown any easier.

She said: “We are at the sharp end of care, 24/7, seven days a week, and I know carer friends that are on their knees and they’re really struggling without any support whatsoever.

“At the first lockdown we didn’t know how long it was going to last. This time we know the effect it is going to have on us. At least we’re more prepared but it’s more of the same – the financial worries, the impact of loneliness, isolation, exhaustion.

“There are 1.1 million unpaid carers in Scotland. There were 800,000 at the start of the pandemic, up to July last year 1.1 million. It could be more, so we need to be visible and valued and we need to have a voice for the days and weeks ahead.”

With unpaid carers not having their usual support from external services, concerns have been raised about the long term impact that the pandemic is having on their physical, emotional and mental health.

Celia said: “Paul’s got a rare brain disease, which is neurodegenerative and what I noticed from the first lockdown was a regression in Paul’s behaviour – forgetting things, forgetting skills which took years to learn.

“I think in the second lockdown the onus is on me just to keep Paul (happy) but who looks after me?”