The injured animal was spotted just off Ardersier near Inverness on Tuesday. 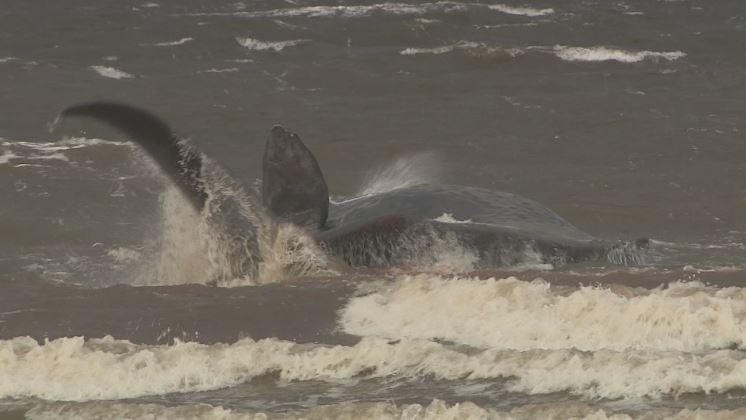 A sperm whale is stranded close to a shore of the Moray Firth in the Highlands.

The injured animal was spotted just off Ardersier near Inverness on Tuesday.

Nick Davidson, a member of the Scottish Marine Animal Strandings Scheme, said: “We have a sperm whale, probably an adult male – we’re not sure yet because we haven’t been able to get close to it

“We were first notified about it this morning around 8.50am and we’ve come down to see if there is anything we can do.

“Unfortunately because of the animal’s size and location, there’s not much we can do.

“So it’s a waiting game to see whether it floats itself or whether the animal dies.”