Six motherless seal pups on the road to recovery

Dave, Frank, Peggy, Maggie, Logan and Button are getting bigger and they will hopefully be released in September. 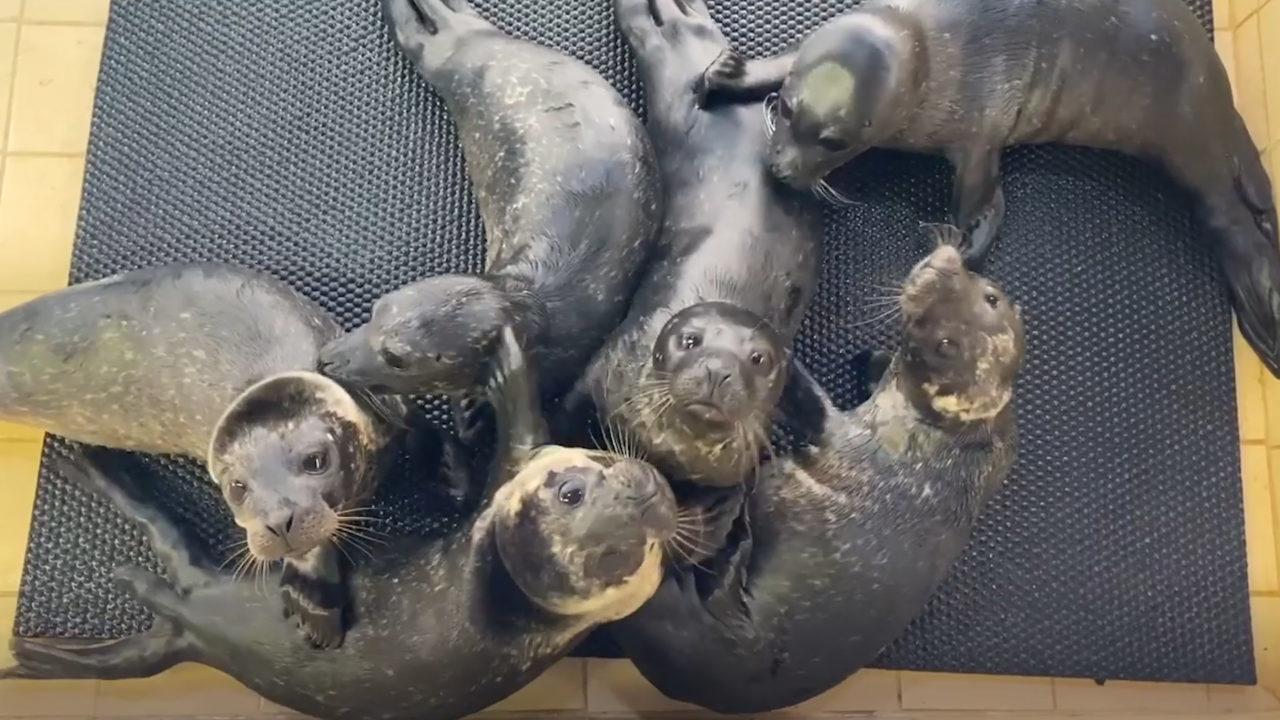 Staff at the Hillswick Wildlife Sanctuary are caring for six common seal pups which were rescued in Shetland.

Every summer the sanctuary hosts seal pups found alone and motherless around the island, however this is the most they’ve had since 1999, when eight came to stay.

“It is very hard work getting them to the stage where they can eat fish on their own.

“We start off tubing down their throats a blended mixture of herring (filleted and skinned), porridge and nutritional supplements.

“Dave and Logan are managing to eat fish pieces unaided, which we hope the others will achieve shortly.

“We then move them onto larger pieces until they can eat whole fish on their own, by which time we take them outside to our big seal pool where they will grow nice and fat before they are released, hopefully in September, all being well.”

Experts at Hillswick are concerned about common seals in Shetland, whose numbers have declined by 75% since 1990, from 6000 to 1500.

They have also noticed a decline in the health and resilience of common seals in the past 20 years, suggesting they are struggling in their natural environment due to food shortages and/or pollution.

This year’s clutch of seals are looking very healthy, though two were premature and so very small.

The worker said: “We never know why the mother has abandoned their pup.