Show must go on for primary school nativity plays

Many traditions have been cancelled this year but some schools are refusing to let coronavirus ruin their festive spirit. 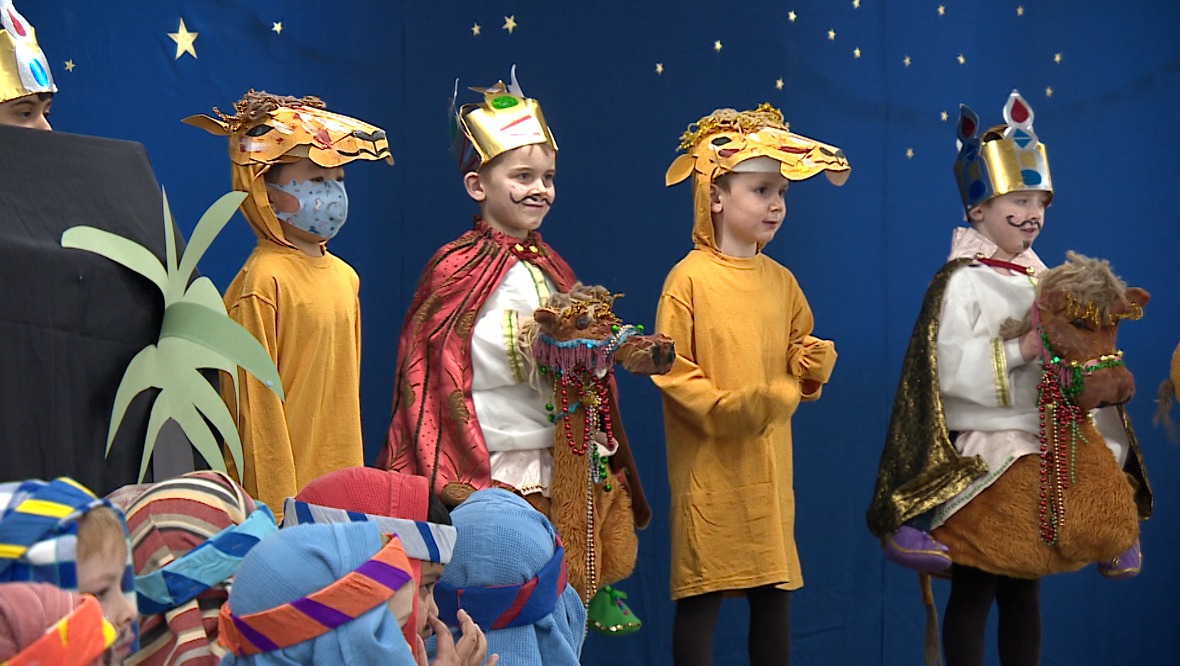 For many of us, the Christmas holidays usually begin with a nativity play performed in front of proud parents.

This year, many traditions have been cancelled but some schools are refusing to let coronavirus ruin their festive spirit and have insisted the show must go on.

Teachers and children at Scotstoun Primary in Glasgow have been getting creative with the camera by swapping the stage for the screen.

Staff will film pupils’ nativity shows and send the videos to family members, who are not currently allowed into the school building, to watch at home.

Singing indoors is also currently banned in Scotland due to restrictions so many pupils have been learning sign language as an alternative – and some schools, such as Gracemount Primary in Edinburgh, have taken their performances outside.

One teacher told STV News said: “Primary ones and twos learn through singing. That’s been really missed this year.

“When we heard we were allowed to sing outside, we were delighted.”