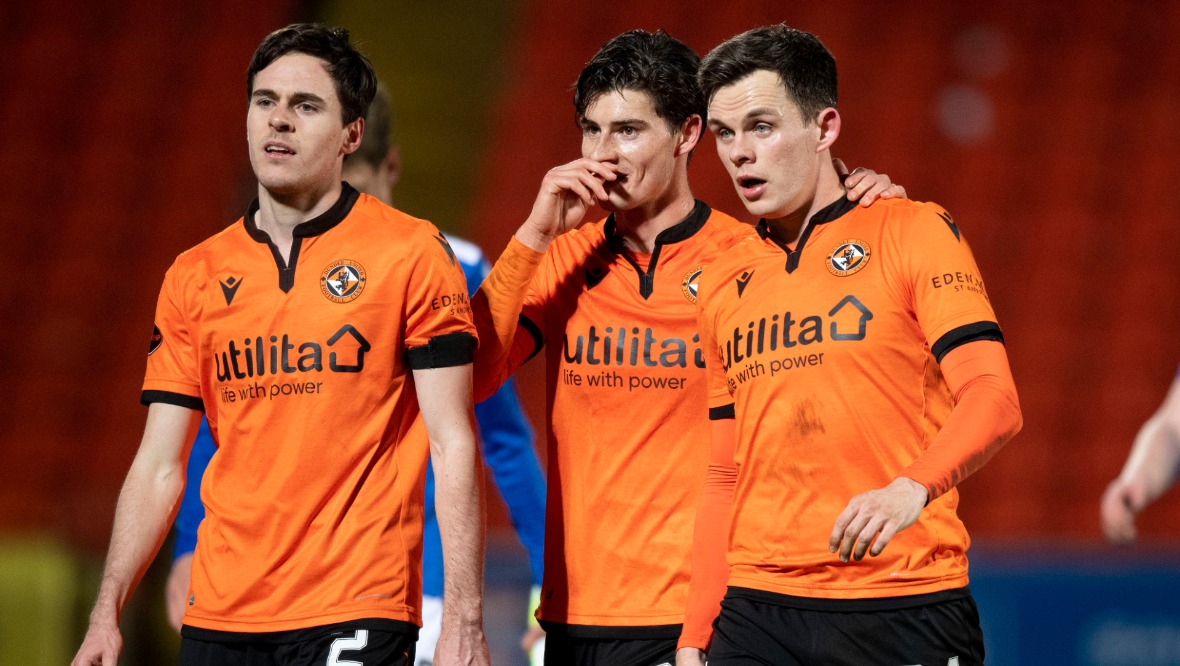 Dundee United striker Lawrence Shankland says his wonder 50-year strike against St Johnstone is probably the best goal he’s ever scored – but he’s still determined to better it in the future.

The Scotland international saw Zander Clark off his line and sent a sublime long-range finish over the Saints keeper’s head for just his fourth goal of the season.

Shankland told STV News: “The ball had broke up the pitch a few times and I had kind of noticed the goalie was – he wasn’t too far off his line – but there was a chance if the ball sat right I might be able to have a go, so it was in my mind and obviously that one came up to big Louis (Appere) and he’s took a good touch for me and laid it off and I just thought ‘oh, why not’, had a go and thankfully enough it went in.”

Shankland’s strike served up a fitting tribute to Jim McLean as it helped Dundee United claim a 2-2 draw with St Johnstone at Tannadice.

McLean passed away on Boxing Day and this was the Tangerines’ first chance to honour their trailblazing former manager at the ground he brought so much success to.

Shankland said: “It probably is (the best goal I’ve every scored). I’ve been lucky enough to score quite a few good ones but that’s definitely up there as probably number one as it stands – hopefully I go on and beat it though.

“It’s not going to be an easy one to repeat or beat but I’ll maybe try it one time but the goalies might be on their toes for now so I might need to wait until they switch off a wee bit and try and catch them again.”