Artists have recreated an iconic image of the Spanish golfer's 1984 Open win. 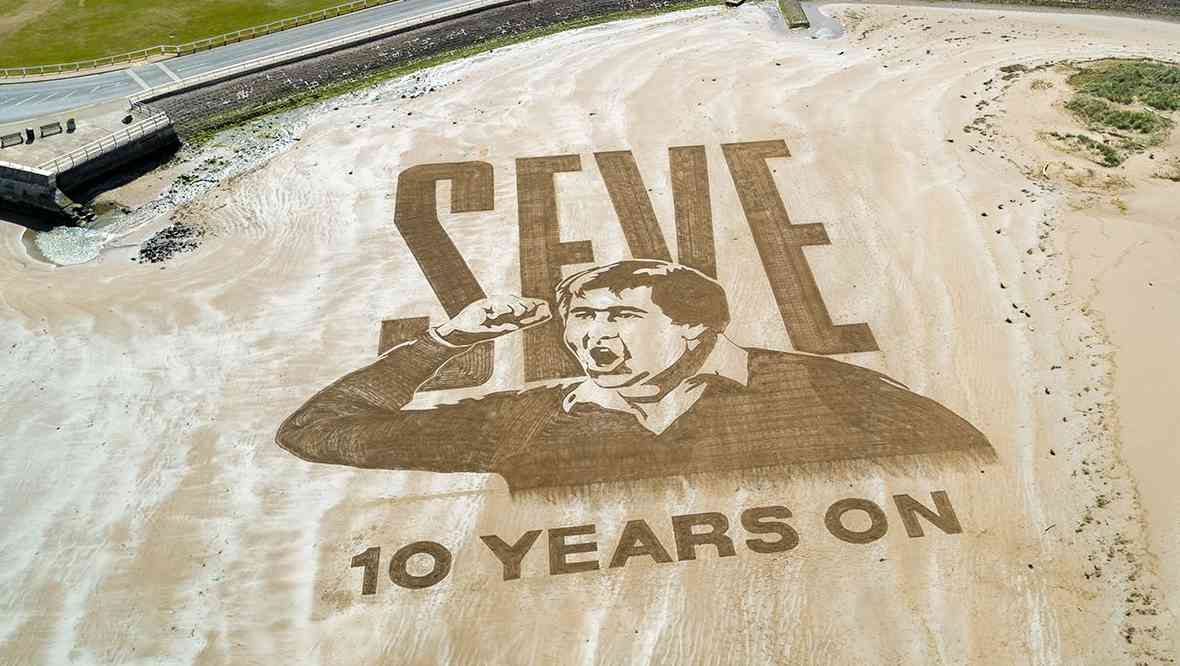 One of golfing star Seve Ballesteros’ finest moments has been recreated by artists at the site of his 1984 Open win.

The R&A commissioned a piece of sand art to mark ten years since the death of the hugely popular Spanish golfer.

Artists worked to create an image of the iconic photograph taken by David Cannon, drawing on West Sands beach at St Andrew’s just yards away from the green where Ballesteros sank his famous putt to win the Open Championship.

A team of four people were involved in creating the eye-catching artwork, which took around six hours to complete.