The work by Australian artist Lisa Roet aims to highlight primate species who are under threat. 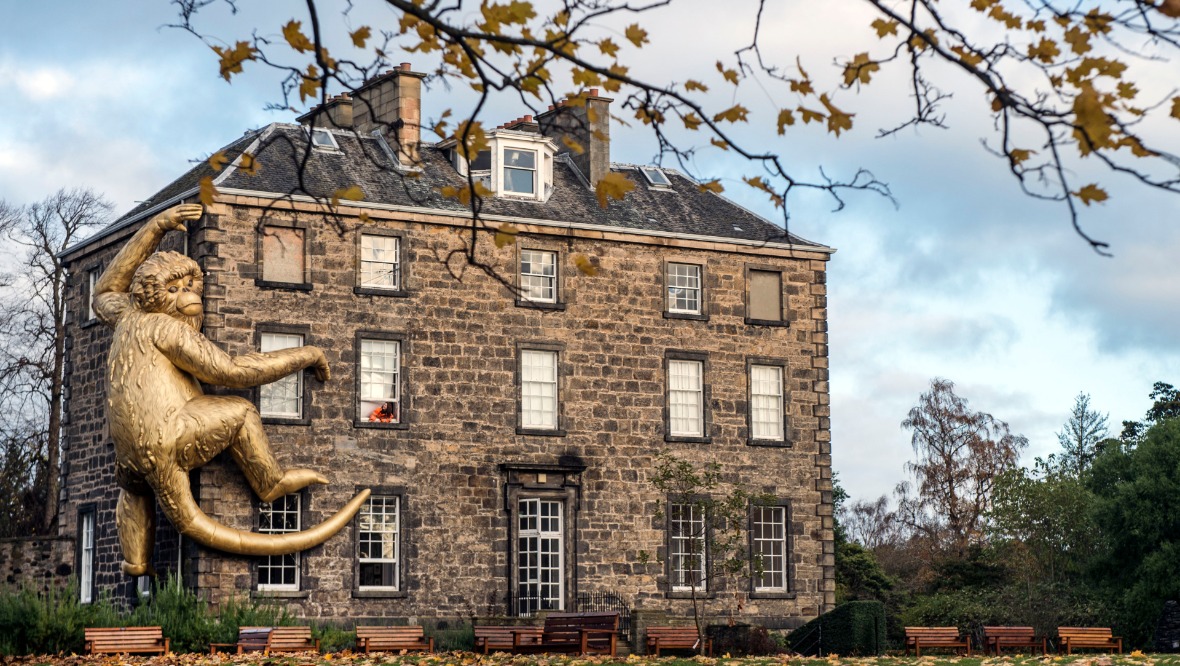 A giant inflatable sculpture of a golden monkey clinging to the side of a building in Edinburgh has been unveiled.

The 45ft installation is part of a series of works by Australian artist Lisa Roet, which have previously scaled skyscrapers in Beijing and Hong Kong.

The sculpture can now be found clinging to the side of Inverleith House in the Royal Botanic Gardens as part of its transformation into Climate House, a three-year programme of visual art which draws attention to the global climate crisis.

Highlighting primate species whose lives and habitats are under threat, the sculpture depicts a golden snub-nosed monkey which is an endangered species found in the mountainous forests of central and southwestern China.

Artist Lisa Roet said “”I’m so excited to see this work come to Scotland , presented in the prestigious Royal Botanical Gardens of Edinburgh sharing the message about sustainability and conservation.”

Emma Nicolson, head of Creative Programmes at Royal Botanic Garden Edinburgh, said: “We are thrilled to be premiering this important work by Lisa Roet as part of our inaugural season of Climate House.

“The work is a statement reminding us that we all need to act, and now, to prevent further ecological disaster. I also hope the work gives us, in 2020, a work to see as we spend time outdoors, to reflect upon and with.”