The duck and her young chicks were spotted walking along George Street in Edinburgh. 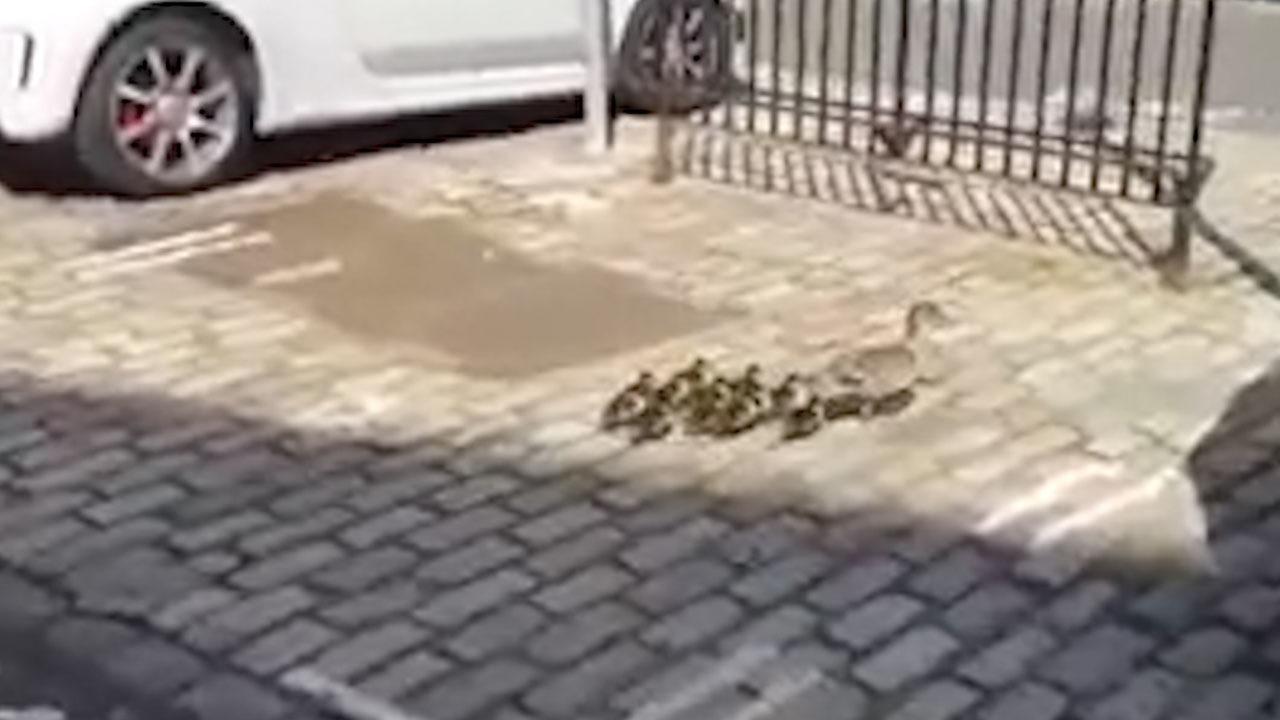 A Scottish Water worker helped a duck and her young chicks get back to safety after he found them waddling along one of Edinburgh’s busiest streets.

David Lindsay said he was “stunned” to see the group of mallards walking along George Street while he was out working.

He followed the mother and her ten ducklings as they walked along the road – slowing down traffic on the road to ensure they were safe and also managed to capture the rare sight on video.

The 50-year-old was worried the ducks had got lost and contacted the Scottish SPCA, who came and rescued the birds and took them to the safety of the Water of Leith.

David said: “I was out repairing a water burst when I looked up and could not believe my eyes.

“There was a proud mummy duck with tiny chicks waddling behind her down one of Edinburgh’s main streets.”

Scottish SPCA chief superintendent, Mike Flynn, praised David for getting in touch with the charity – and helping ensure they got to safety.

He said: “Ducks often nest in high places for safety and then make their way down to ground level with their ducklings.

“In this case the duck probably made her nest on the roof or on a balcony of a nearby building before coming down to street level.

“We’re really grateful to David for looking out for the family of birds and giving us a call.

“The public are our eyes and ears and thanks to his quick response we were able to get the ducks to safety.”