Princess and the pooch: Vanessa Hudgens pets dog during filming 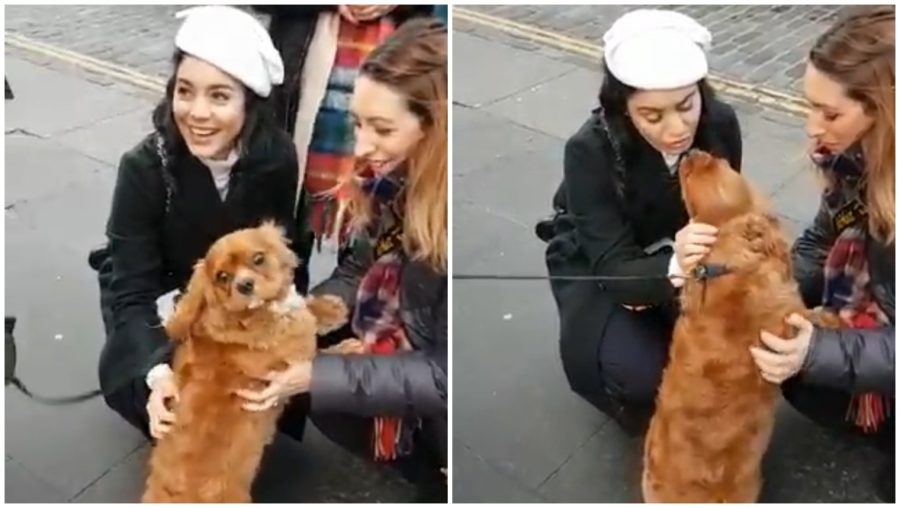 Vanessa Hudgens has given a royal seal of approval to a King Charles spaniel as she stopped to pet him while filming her latest movie.

The actress has been filming the sequel to Netflix’s The Princess Switch in Scotland over the past few weeks, and bumped into Linda Thomson and her pet dog Jasper in Edinburgh between scenes.

McAvoy thanks public as Masks for NHS Heroes reaches £1.5m