Pod of dolphins spotted jumping out of water near harbour

Two dolphins and their calf were filmed swimming next to a boat outside Stranraer Harbour. 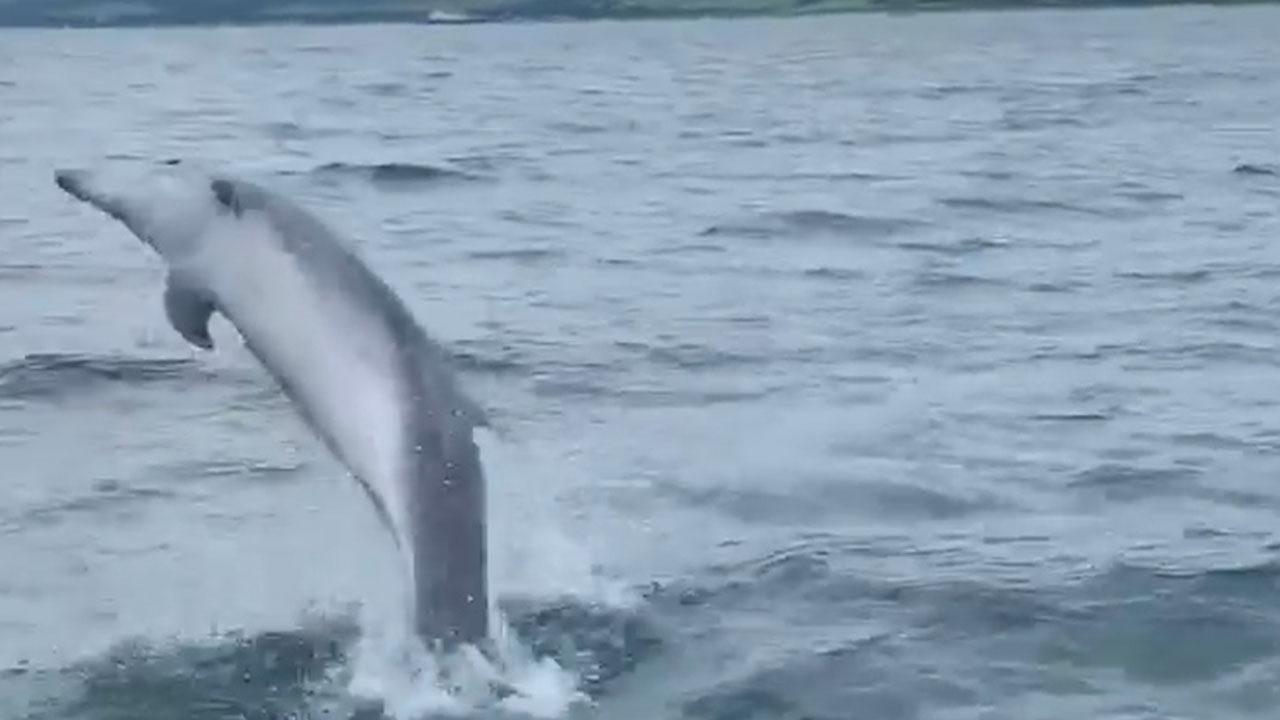 A man was able to film the amazing moment three dolphins jumped out of the water in Loch Ryan.

Hugh Parker joined his uncle for a boat launch on Thursday when they spotted the pod of dolphins swimming alongside them.

Hugh told STV News: “We were just out of Stranraer harbour when these three joined us.

“We were so excited, it was amazing.

“It was the first time I’ve seen dolphins in Loch Ryan, I felt very lucky to get to see them and hopefully they stick around!”