The zoo is home to more than 100 penguins and has the largest outdoor penguin pool in Europe. 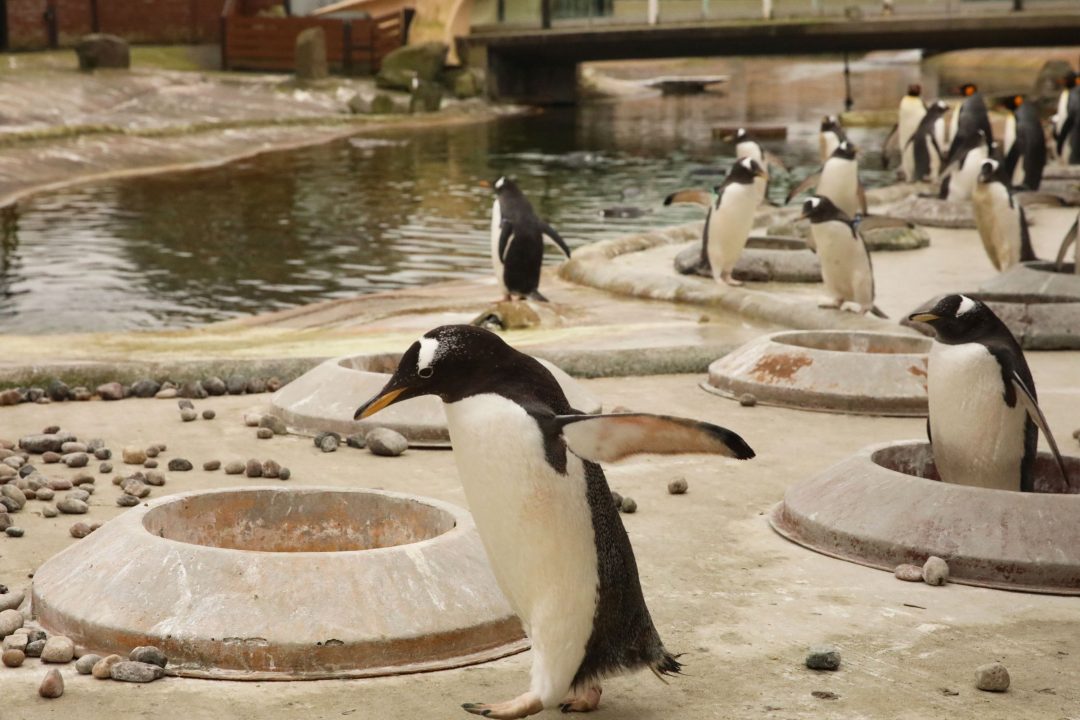 Pebble-pinching penguins have been captured on camera at Edinburgh Zoo building nests at the start of breeding season.

During the annual mating season the zoo places nesting rings and pebbles in the enclosure.

Penguin pairs then collect as many pebbles as possible for their nest rings, where the females will lay their eggs this month.

The chicks are expected to hatch around late April and May.

A live web stream to the enclosure will allow the public to watch the penguins as they spot pebbles in other bird’s nests and take them back to their own.

The zoo is home to more than 100 penguins from three species and has the largest outdoor penguin pool in Europe.

Dawn Nicoll, senior animal keeper at Edinburgh Zoo, said penguin breeding season is the most exciting time at the zoo.

“This year the gentoo penguin nest site can be seen on our live webcams, so people will be able to witness the pebble-pinching firsthand, even if they can’t visit us in person,” she said.

“Pebble pinching is a huge part of the breeding season. This is when a penguin sees the most perfect pebble in another couple’s nest and decides to take it back to their own nest.

“However, it remains a happy environment and it’s amazing to watch them couple up and choose their nest rings together.”

Edinburgh Zoo, which is run by the Royal Zoological Society of Scotland, recently reopened with added safety measures.

The penguin live stream can be found at: www.edinburghzoo.org.uk/penguincam