The Hillswick Wildlife Sanctuary is caring for a young otter who has lost her mum. 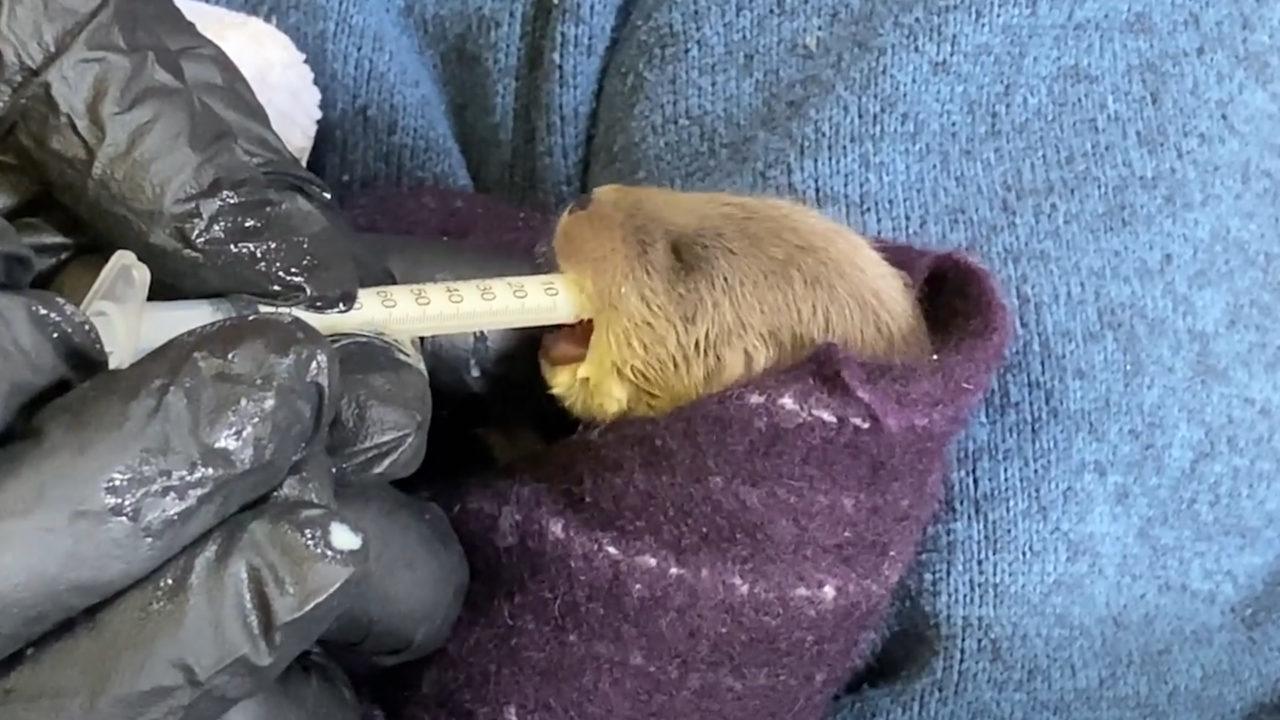 The Hillswick Wildlife Sanctuary was contacted by a man who found a young otter under his house in Bigton, Shetland.

Staff at the Sanctuary asked Bert Morrison to keep an eye out for the mother, but when there was no sign after 24 hours he called the Scottish SPCA and local inspector Scott Kirkpatrick collected the young cub and brought it north to Hillswick.

A member of staff said: “We were shocked upon his arrival to see that the otter was only a few days old, had not yet opened its eyes and was stressed, starving and freezing cold and possibly hypothermic.

“The bottle we had prepared for feeding was for the much larger cub we had expected, but this wee thing was so desperate for food we managed to get a few drops down its throat before we found a small 1ml syringe which worked much better.”

Staff and volunteers at Hillswick are not sure how long Charlie has been without her mother and how well she will cope after the trauma, however she is now feeding and sleeping.

“We have never had an otter cub so young, so this will be quite a challenge, but we’re looking forward to the learning experience,” the worker said.

“We will be doing all we can to keep her alive, but please send her your thoughts and good wishes to help her along.”