A small crowd gathered at Holyrood at around 12pm on Monday to take part in the Scotland Against Lockdown event. 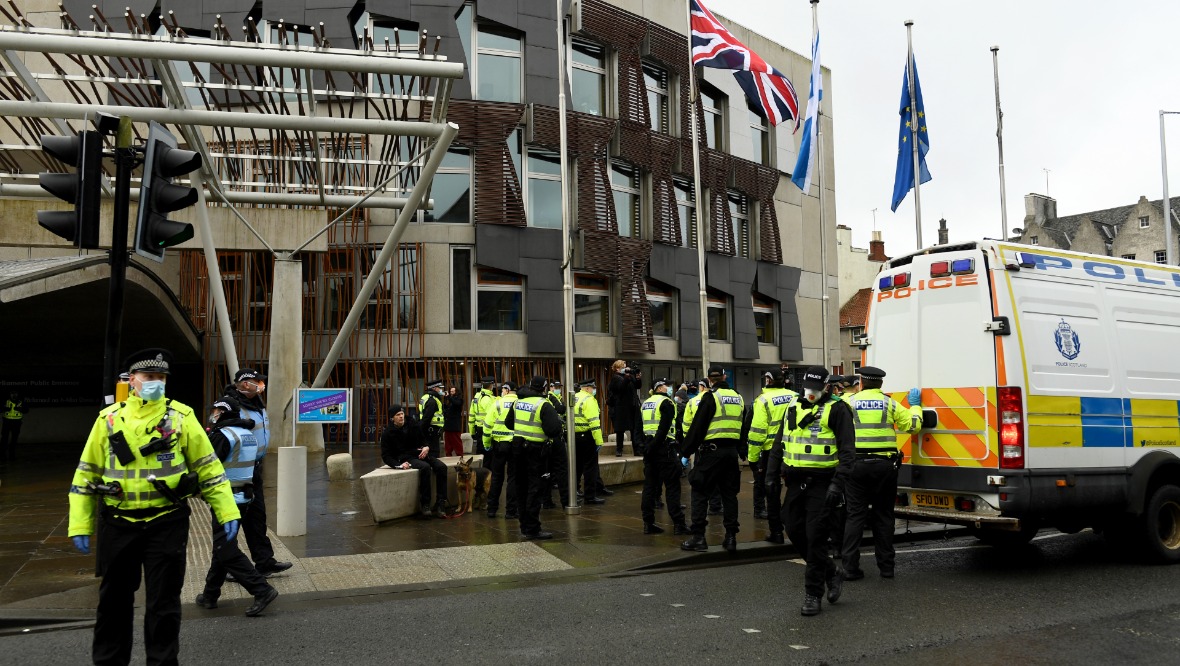 A number of people were charged and fined following a demonstration against coronavirus measures.

A small crowd gathered at Holyrood at around 12pm on Monday to take part in the Scotland Against Lockdown event.

Community liaison officers warned those who were in attendance that they would face a fine if they stayed at the location, however many refused to leave.

Police Scotland later confirmed that four people were arrested and charged in connection with alleged breaches of coronavirus regulations.

All are due to appear in Edinburgh Sheriff Court in due course.

One other person was charged with police obstruction and will be the subject of a report to the Procurator Fiscal.

Two other people were fined for breaching coronavirus regulations.

Under current coronavirus regulations covering mainland Scotland people may not leave home for anything other than essential purposes, meaning marches and protests are banned.

The event had been promoted as being a peaceful march from Holyrood to Bute House in Charlotte Square.

However, most people left the scene after instruction from officers and the procession never got under way.

One protester, who identified herself as Sandra, said: “They’re fighting for their civil liberties and human rights.”

She had brought a banner which suggested against using the coronavirus vaccine.

Superintendent David Robertson said: “The Scottish Government regulations are clear that no marches or parades are allowed due to the restrictions in place.

“Officers were on hand to engage with those who wanted to take part, explain the restrictions and used enforcement as a last resort where it was required.”