Madison Galt fulfilled her dream of skating outdoors as ice covered her street and a nearby pond in South Lanarkshire. 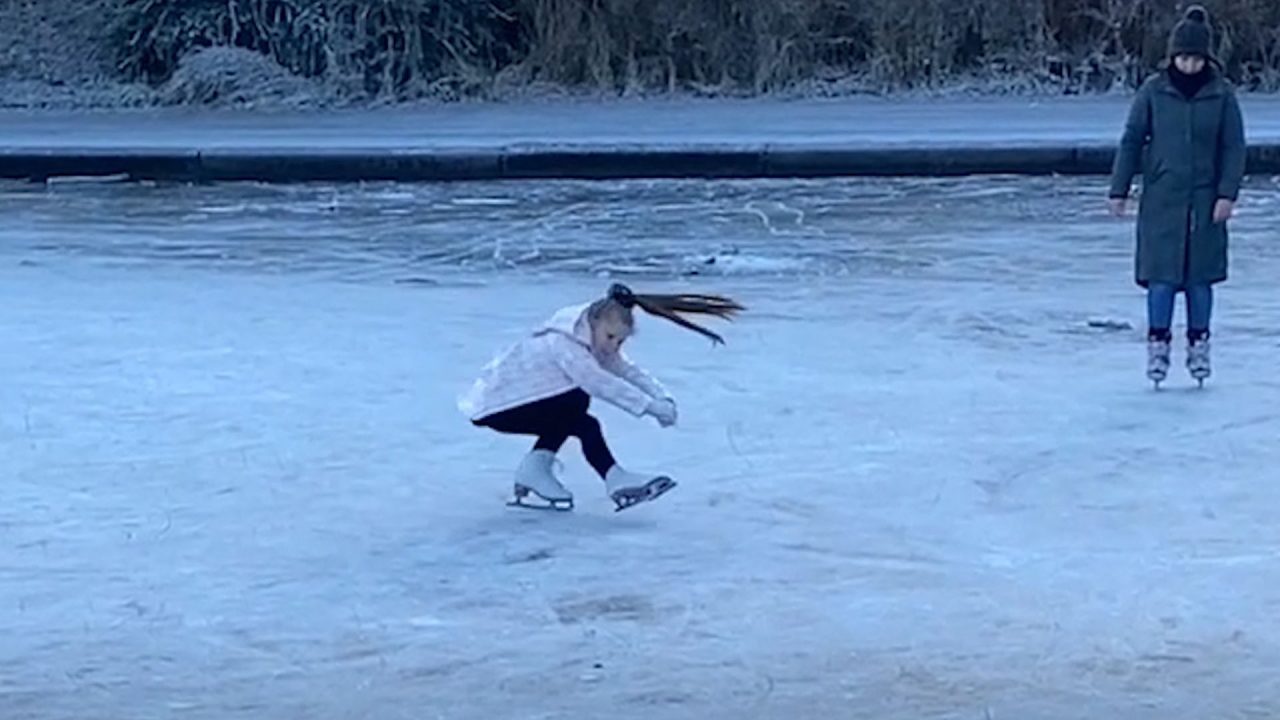 A nine-year-old girl had a dream come true when she got to figure skate on her frozen street.

Madison Galt, who has been learning the skill for three years, went for a spin on an icy cul-de-sac in East Kilbride.

The schoolgirl dreamed of skating an a frozen street after watching Disney film Noelle where a little girl opens her front door and goes out to glide on the ice.

Proud mum, Joanna Galt, said it was nice to see children having fun despite the coronavirus pandemic.

The family live in South Lanarkshire where temperatures dropped to -4C over the weekend.

Madison put her skates on on New Year’s Day and every day since then to make the most of the cold snap while ice rinks are closed.

She said: “I have really been missing skating so this was perfect.

“It’s a great start to the New Year, people have been surprised how good I am.”

Mum-of-one Joanna said: “She’s just been loving being able to do it – there’s not much fun about.

“If normal life was happening, you wouldn’t be looking at the street wondering if she could skate on it, you’d be getting on with busy things.

“Watching her and filming her is my job – I’m really proud of her.”

Madison also got to show off her moves at Strathaven Pond.

She usually trains before school and coaches at East Kilbride Skating Club were thrilled to watch her performing outdoors.

Accounts assistant Joanna added: “I can’t remember a time when it’s been cold enough to skate outside.

“We were watching the film Noelle and the girl skates in her street, and Madison said ‘She’s so lucky she gets to open her door and skate’.

“It’s like something you would never get to do here.

“Then all of a sudden she got to do the same thing.”