The fluffy tot snuggled into the glossy feathers of the adult bird, while four other newborns toddled around. 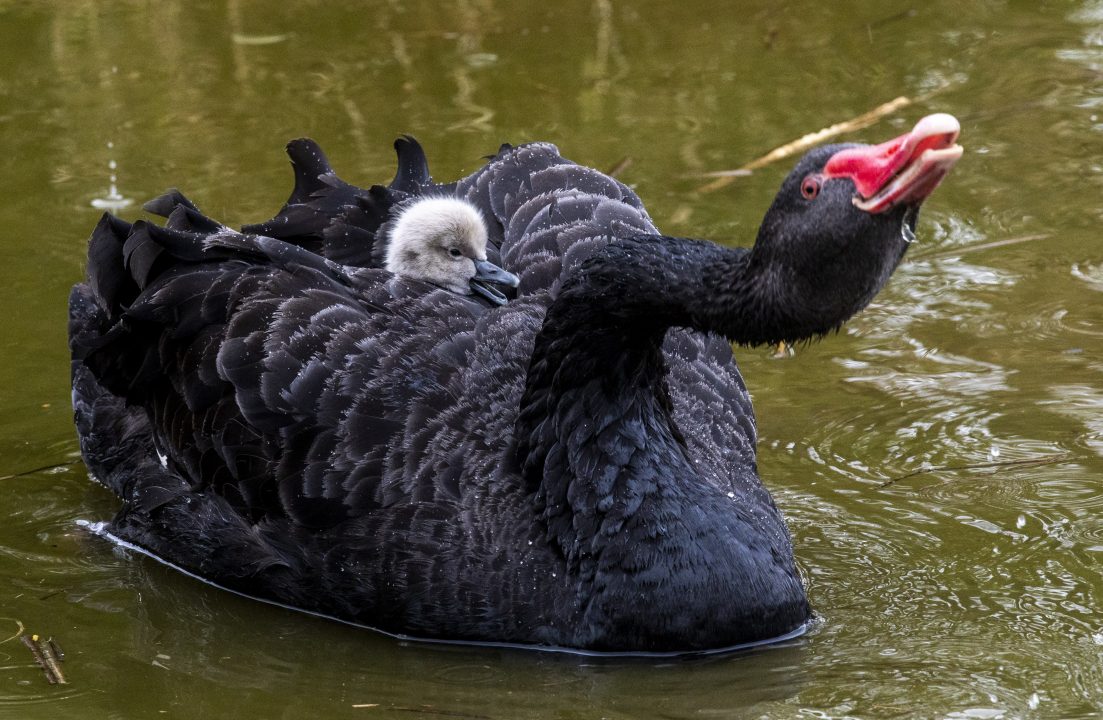 Footage has captured a black swan cygnet peeking out from the feathers of its parent just hours after being born.

The fluffy tot snuggled into the glossy feathers of the adult bird, while four other newborns toddled around.

The species, native to Australia and New Zealand, are known for a fierce temperament.

The new additions to the family hatched on Sunday at Bird Gardens Scotland, Lauder, in the Borders.

They went for a dip in a pond, but conservationists do not yet know what sex the cygnets are.

It is the first time the adult pair have bred since being brought to Bird Gardens Scotland three years ago.

Director Owen Joiner, 44, said: “They hatched on Sunday and they officially had their first trip to the pond as a family.

“They are good parents, but are very protective. We haven’t even been able to find out the sexes yet.

“We’ll wait until they are a bit older, and let nature take its course. They stay completely reliant on their parents when they are young.

“They’ve been snuggling under their mum’s wings since they were born. If you go near them when they are this young, you risk injuring yourself.

“The black swans cause a lot of issues in Australia and New Zealand, so we wanted to get a couple over to show how they can adapt to a better environment.

“We’ve got about 400 birds on-site at the moment, including parrots, emus, and flamingos.

“Some are very rare and heading towards extinction.

“We’re just building our visitor centre now, and hope to be open in the summer so people can have the chance to come and see these rare birds soon enough.”